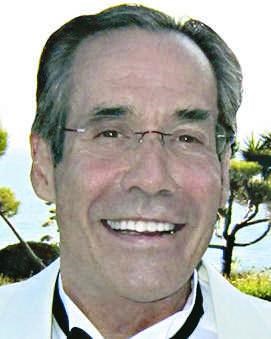 FUNERAL HOME
Porter Loring Mortuary McCullough
1101 McCullough Ave.
San Antonio, TX
June 12, 1954 - June 25, 2015
Charles Osborn Biedenharn was born on June 12, 1954 in San Antonio, Texas and passed away on June 25, 2015. Chuck attended San Antonio Academy and graduated from Alamo Heights High School. He attended Chapman College in Orange, California, and graduated from the University Of Texas In Austin with a Bachelor Of Business Administration Degree in 1976. Chuck achieved success early in his career as a real estate developer in San Antonio and Central Texas in the 1970's and 1980's, and was the Managing Partner and co-owner of the family partnership which built, owns, and operates the North Frost Center. Chuck was also active in, and a Partner and Director of the Biedenharn family oil and gas business, Osborn Heirs Company. Chuck was also a part of a proud family heritage as Coca-Cola bottlers throughout the South and Southwest, as well as pioneer oil wildcatters in Ada, Oklahoma.

As is evident, Chuck's generosity with his time and resources was unlimited. He never met anyone, from all stations in life, who wasn't his friend and the beneficiary of his attention. Perhaps the only thing that exceeded his generosity was his vivacious personality. Chuck was the life of the party and he always lit up the room. His gregarious and outgoing nature, sense of humor, and quick smile resulted in Chuck being surrounded in his life by a multitude of friends. He was active in many social organizations, including The Order of the Alamo, The Texas Cavaliers, The German Club and The Argyle. Chuck entertained in San Miguel de Allende, Mexico, where he would often hold court for friends and family. Chuck was an adventurer and loved traveling with his beloved son, Charlie, hunting on the family ranch in South Texas, snow skiing with friends and family in Crested Butte, Colorado, and big game fishing in the Gulf of Mexico off Port Aransas in his boat, Locomia. He was also a member and supporter of the Coastal Conservation Association.

Chuck will also be missed dearly by numerous young people whose lives he touched, including his Godchildren and friends' children who all considered him to be their "Uncle Chuck". Chuck is also survived by long-time Biedenharn family friend, Rudy Reyes. The family wishes to extend its sincere thanks to Drs. Dayton, Nambiar, and Velez, and the many other doctors, nurses, and staff at University Hospital for their professional and loving care. Visitation will be held on Sunday, June 28, 2015 from 5:00 p.m. to 7:00 p.m. at Porter Loring on McCullough Ave.
A MEMORIAL SERVICE WILL BE HELD ON MONDAY, JUNE 29, 2015 AT 11:00 A.M. AT CHURCH OF RECONCILIATION EPISCOPAL, 8900 STARCREST DRIVE.

Pallbearers are Carey Locke, Rudy Reyes, Jim Pridgen, Art Ramseur, Malcolm Hartman, John Berry, Rand Clark, and Mike Stevenson. Honorary pallbearers are Paul Jornayvaz, Brad Lomax, Andy Smith, Chris Kopecky, and Steve Rubin. For those who desire, memorial donations may be made to The Lighthouse for the Blind, The Episcopal Church of Reconciliation, UT Health Science Center-University Hospital, Texas Biomedical Research Institute, or a charity of choice. You are invited to sign the guestbook at www.porterloring.com

Published by San Antonio Express-News on Jun. 27, 2015.
To plant trees in memory, please visit the Sympathy Store.
MEMORIAL EVENTS
To offer your sympathy during this difficult time, you can now have memorial trees planted in a National Forest in memory of your loved one.
Funeral services provided by:
Porter Loring Mortuary McCullough
MAKE A DONATION
Please consider a donation as requested by the family.
MEMORIES & CONDOLENCES
11 Entries
I was thinking of the Biedenharn family as I hear about Hurricane Harvey in Texas. It has been many years since I have have seen any of them. As I was searching to see if I could connect online, I became aware of Chuck's passing. I am very to sorry to hear that. Years ago, we spent many summers on the Lake of the Woods, and always looked forward to seeing Chuck, Larry and the many visitors at their place. He had a way of making all of us laugh and feel welcomed whenever we popped over for a visit. Those fond memories seem like so long ago, but yet like yesterday. Though at a late date, my condolences and best wishes go to Chuck's family and the many people who loved him.
Holly Murphy Kreisler
Friend
August 29, 2017
I'm so sorry to hear at such a late date about Chuck's passing. I just lost my brother and know that you are still feeling the loss of your brother, father and friend.
Mona Biedenharn
Family
April 27, 2016
Yes, I remember Chuck from a long time ago. I always liked him. He was a nice guy. We went to school together at Alamo Heights. May he rest in peace. Love from Susie Thomas
July 2, 2015
The Wendell family send our condolences to the Biedenharn family. Wayde and Laura
June 29, 2015
Dear Albert & Larry,

I just learned about Chuck and apologize for not being at the service. Chuck always had the sharpest and fastest sense of humor and our guys trips to the coast were lit up by his energy. I'm sorry for your loss. My best to you and all of the families.
Rusty Pierce
June 29, 2015
A great friend, and a huge loss. May his soul rest in peace.
John J. Kuntz, III
June 29, 2015
Rest in Peace Chuck.
Bob Thomae
June 29, 2015
May your hearts soon be filled with wonderful memories of joyful times together as you celebrate a life well lived.
Balous & Julie Miller
June 29, 2015
The Barrow and Thomason families send our love and condolences to all the Biedenharn family and especially, Charlie. We so enjoyed meeting Chuck and will treasure our fond memories of him. M/M Tommy Barrow, M/M Tom Barrow. M/M Chris Thomason

Linda
June 28, 2015
HE WAS THE LIFE OF THE PARTY AND FULL OF ENJOYNG LIFE. HE WILL BE MISSED BY SO MANY THAT HAD THE MEMORIES AND PLEASURE OF KNOWING HIM LIKE MYSELF. KATHY CORTRIGHT
June 28, 2015
Charlie,
We are so sorry to hear of the passing of your father. God Bless you and your family.
Joseph, Janine, and Danielle Warmowski
June 28, 2015
Showing 1 - 11 of 11 results