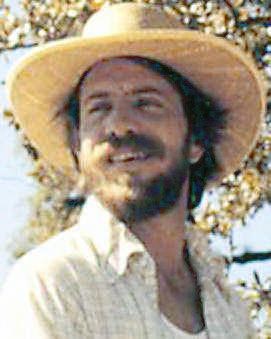 FUNERAL HOME
Holt & Holt Funeral Home
319 E. San Antonio Avenue
Boerne, TX
July 9, 1951 - February 4, 2015
Chester Arthur Slimp III, born in San Antonio Texas on July 9th, 1951 passed away on the morning of February 4th, 2015 in his home, with his wife and son at his side.
He is preceded in death by his father Chester A. Slimp Jr and his mother Ellen Naylor. He is survived by his loving wife Cynthia, his son Chester IV, his sister Ellen Sinclair, and his brother Andrew Brownlow Slimp II.
Chester graduated from MacArthur High School, San Antonio, in 1969 and received a Bachelor of Architecture from the University of Texas at Austin in 1977. In his professional career he worked for several firms; the City of San Antonio and most notably, Alamo Architects. He had a life-long passion for music and cars. As a drummer he played for various San Antonio and Austin bands, most notably the Grim Reapers, dates active, 1960-1970. Known by his his bandmates and friends as the" Flam-Master", and he is the self-proclaimed "King of the San Antonio Slop Rock Drumming Style". Chester could sing with soul and was always the life of a party.
His family would like to specially thank Alamo Architects for all of their support, Gladys Gonzalez and Dr. Laura Houston and for their kindness and care, and Bob and Carolyn Thronson for their love and spiritual guidance during Chester's illness. Grave-side services will be held just south of San Antonio in Adkins, Texas, at Kiacaster Cemetary (FM 3432 and county road 324), on February 15th at 3pm. His family requests that in lieu of flowers, please make a donation, in Chester's memory, to the charity of your choice. To Leave a message for the family, please visit www.vaughanfuneralhome.com. Arrangements entrusted to Vaughan's Funeral Home of Boerne. 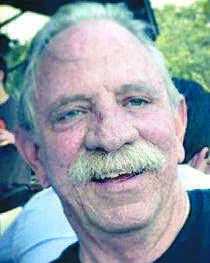 Published by San Antonio Express-News on Feb. 8, 2015.
To plant trees in memory, please visit the Sympathy Store.
MEMORIAL EVENTS
To offer your sympathy during this difficult time, you can now have memorial trees planted in a National Forest in memory of your loved one.
Funeral services provided by:
Holt & Holt Funeral Home
MAKE A DONATION
Please consider a donation as requested by the family.
MEMORIES & CONDOLENCES
26 Entries
Chester was a unique as God could have made him. We enjoyed lots of time and memories way back when. Our prayers go with all the family in their loss. He will not be forgotten.
Pat & Karen McClure
March 2, 2015
Uncle Shester, you will be missed.
Bob Galindo
February 14, 2015 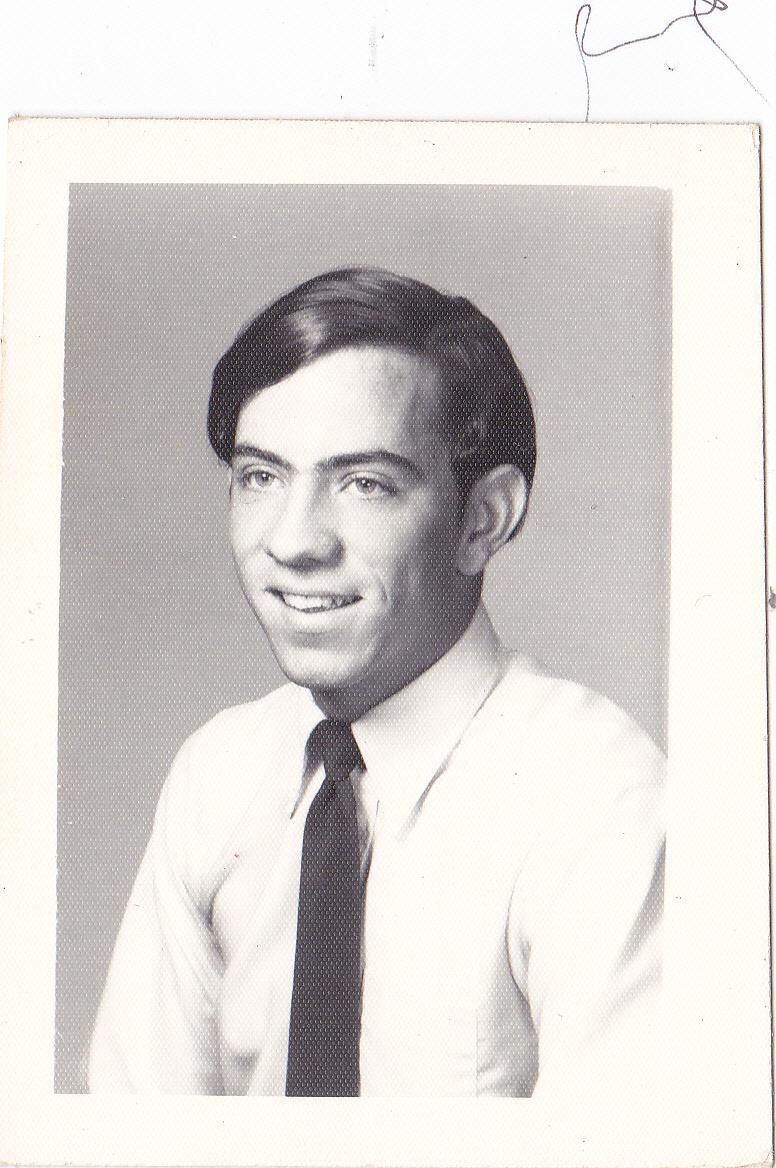 Thank you, Ches for being my best friend in high school and the time we shared so many years ago. "Those were the days, yes they were." Thanks for making all of us laugh so often. You have always been and always will be a treasure to remember. God bless your soul.
Kathleen Ball
February 14, 2015
May you have a blessed time in Heaven. You will always be alive in our hearts.
Bradley Weber
February 13, 2015 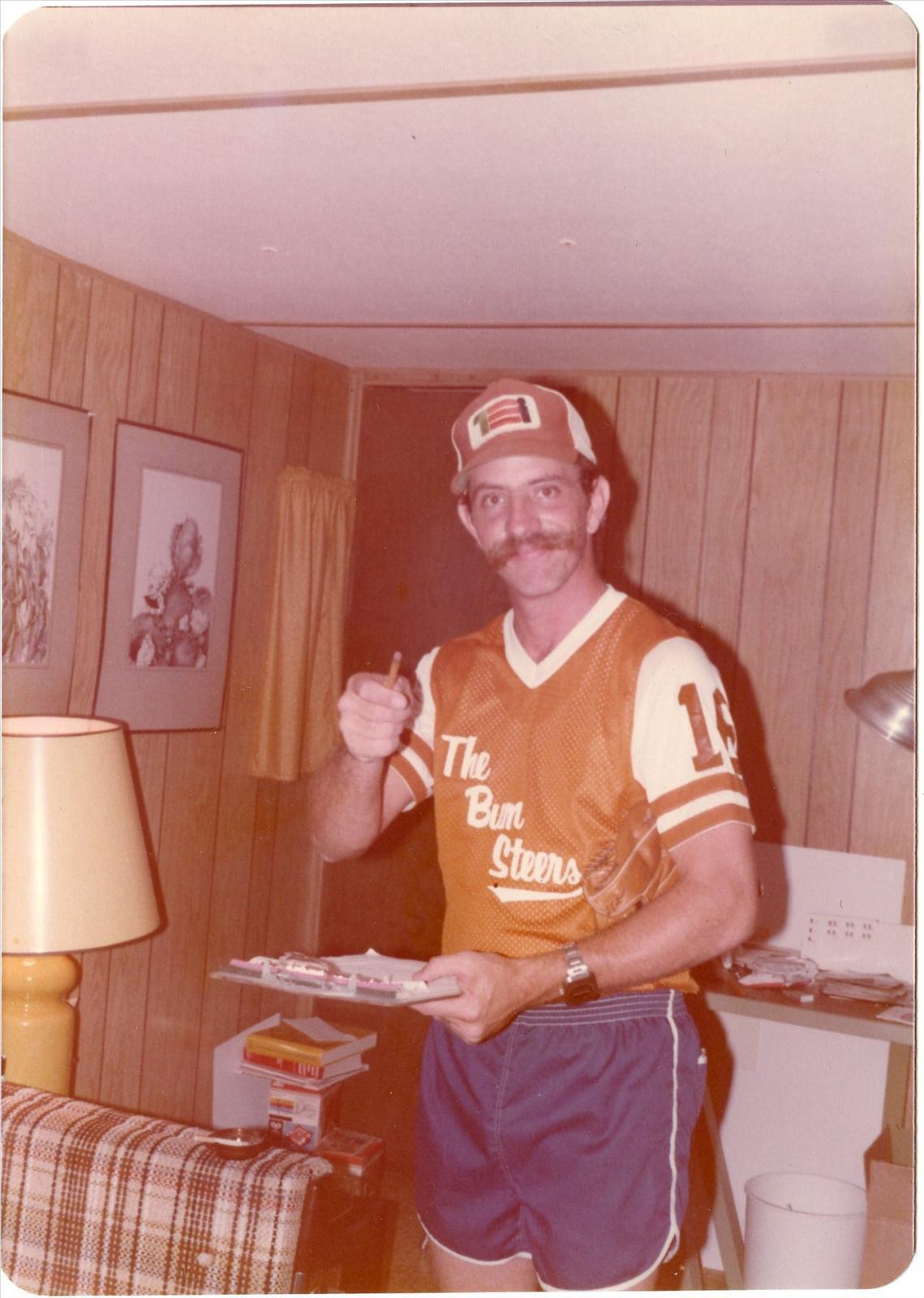 So long to a great friend and a unique person. Chester was a lot of fun and the best Manager the "Bum Steers" ever had
Mike meeks
February 11, 2015
We are sorry that Chester is no longer with us. We will miss him, his talent for planning good things for San Antonio and his humor.
Bonnie Conner
February 11, 2015
My deepest condolences Slimp. My prayers are with you and your Precious Son.
Linda Calamars-Skinner
February 11, 2015 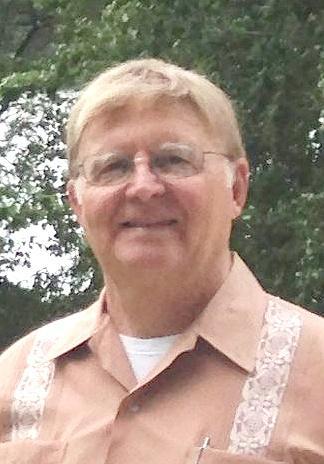 I am saddened that another Texas "family" member has passed, especially a younger one. Always enjoyed our long-distance communications, cousin.
Jack Slimp
February 11, 2015
mr slimp you are on your way now, remember us poor mortals that used to work at city hall. c.robles
charles robles
February 11, 2015
RIP Chester. Great co-worker and public servant. Flo
February 11, 2015
I was an Architect with back to back drafting tables at Joneskell until '84. What a character and good guy he was! I still remember him very fondly. Am so sorry for his Family's loss.
Chris White
February 10, 2015
Chester, you were indeed "one of the good guys", an exceptionally rare, genuine spirit, and for that my friend, you will be missed by many. Thanks for just being you Chester!
Mick Haase
February 10, 2015
I knew Chester while I was a coworker at the City of San Antonio. For the many years which we collaborated on city projects or other business, he would always take the time to share a story of his past, entertain with his opinions and provide an occasional yet characteristic rant about the failings of status quo system. This man made an indelible impression on me and was part of what I enjoyed most about working at the City of San Antonio. For this I shall always have the fondest memories of him. Keep up the fight Chester and make sure they straighten up the way they run things on the cosmic level my friend!
Marc Ripley
February 9, 2015
I am so so sorry. You are in my thoughts, Cynthia, every day.
Linda Nichols
February 9, 2015
My prayers and thoughts are w/you and your son. May fond memories keep you both going during this difficult time, Slimp.
Diana Moreno
February 9, 2015
I had the pleasure of working with Mr. Slimp while at COSA. His winning smile and sense of humor were enough to brighten anyone's day. My condolences go to the family in their time of need.
Michael Buchanan
February 9, 2015
I'm so sorry for your loss.
Cindy Valentine
February 8, 2015
you'll be missed chester, god speed your way home to him
February 8, 2015
We are going to miss your positive attitude and warm smile. Our prayers go out to you and your family.
Dale Lange
February 8, 2015
We are keeping your family in our prayers.,Cynthia.
Bob & Doris Foster
February 8, 2015
So sorry to hear about Chester. As a co-worker (COSA) and friend, all that comes to mind about Chester is that he was one of the "good guys". My sympathy is with the family.
Gary Balbaugh
February 8, 2015
Again, so sorry for your loss! May God's Grace sustain you through this difficult time.
Gary Hester
February 8, 2015
Cindy, I am so sorry for your loss, prayers for you and your son, Jeri (Guy) Smith.
Jeri Smith
February 8, 2015
I knew Chester from Northwood elementary and MacArthur. He was always so friendly and had a great sense of humor. He was enthusiastic about our high school reunions and did a great job with the music. He had a warm smile and kind word for all. See you later, big boy
Ted Wood
February 8, 2015
Fun and awesome and kind cousin you.are and will remain in my fond memories forever. You left us too soon..Cousin Elizabeth
February 8, 2015
My thoughts and prayers are with you Slimp.
Barbara Roche
February 7, 2015
Showing 1 - 26 of 26 results