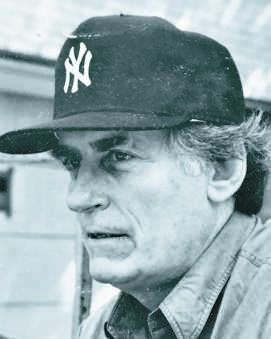 BORN
1926
DIED
2016
November 2, 1926 - March 31, 2016
Cyrus Henry Wagner Sr., died on March 31, 2016 in Manhattan, New York. He was born on November 2, 1926 to Willie Vera Wagner and Cyrus Allen Wagner in Muskogee, Oklahoma, where he was raised until the family moved to Houston, and then Dallas. He graduated from Highland Park High School and attended Oklahoma State University until he deferred his education to join the war effort during WWII.

Mr. Wagner served in the U.S. Army from 1944 to 1946. He was a squad leader and rifle sharpshooter. Among decorations that he received were two Bronze Stars with Liberation Ribbons from the Asiatic Pacific Theater and the Philippines. He also received a Good Conduct Medal, Victory Ribbon, Army of Occupation Medal (Japan) and two Overseas Service Bars.

When the war ended, Mr. Wagner returned to his studies, graduating from the University of Texas at Austin with a Bachelor of Architecture in 1952. He began his architecture practice in San Antonio, Texas, with Bartlett Cocke.

As chairman of a committee of the San Antonio chapter of the AIA, Mr. Wagner worked with David Strauss to create the Paseo del Rio plan for the downtown San Antonio River in 1963. His firm, Callins and Wagner, produced the project's drawings, texts, and scale models. He was the architect for the River Square which opened on the Riverwalk in 1968, and for the Stockman Restaurant which opened in 1969. He created The Market District Plan and was the urban design consultant for the 1973 River Corridor, the long-term framework for development along the river.

Mr. Wagner was the architect for the Women's Pavilion at Hemisfair'68 and general planning and design consultant for the planning and development of the 92 acre site of Hemisfair '68. He designed several buildings in San Antonio, including St. David's Episcopal Church, St. Francis Episcopal Church, and the La Fonda Oak Hills Restaurant. He also designed the Church of the Epiphany in Kingsville, Texas.

From 1987 to 1993, Mr. Wagner worked for the National Capital Planning Commission in Washington D.C. He was the lead urban planner for the future development of the monumental core of Washington, DC. The project consisted of 5,000 acres, including the U.S. Capitol, White House, The Mall, Washington Monument Grounds, the Lincoln Memorial, surrounding parks- the Northwest and Southwest Federal Center complexes, the Potomac River parks, Arlington Cemetery, and The Pentagon Reservation.

In 1993, Mr.Wagner retired from The National Planning Commission and the practice of architecture and urban design; moved to New York City, and painted full time for the remainder of his life. In retirement, he also enjoyed his family, reading, research, Democratic politics, and the New York Yankees.

A family memorial will be planned for later in the summer at their vacation home in Roxbury, NY.

To plant trees in memory, please visit our Sympathy Store.
Published by San Antonio Express-News on May 15, 2016.
MEMORIAL EVENTS
No memorial events are currently scheduled.
To offer your sympathy during this difficult time, you can now have memorial trees planted in a National Forest in memory of your loved one.
MAKE A DONATION
MEMORIES & CONDOLENCES
2 Entries
Cy was the absolute best professor I had in architecture school. He is one of the three teachers who totally changed my life - one in high school, and one when I went back to grad school many years later; Cy was the perfect professor at the perfect time for me as an undergrad. His passion and knowledge were incomparable. He was also a bit of a rascal and didn't take well to authority; so he fit right in during the mid-70's. My only disappointment is that he turned into a Yankees fan.
Melinda Koester Poss
May 16, 2016
Although I didn't personally have the pleasure of knowing Mr. Wagner, I feel I knew him by the wonderful stories I have heard countless times by his daughter, Elizabeth Wagner. She was so very proud of her father and all he had achieved in his life time. A renown Architect and a very talented artist.

He will be missed by many; I wish I would have known this wonderful man I would have loved to hear the many stories he had about a wonderful life that he was fortunate to have lived.

My condolences go out to his family and loved ones.