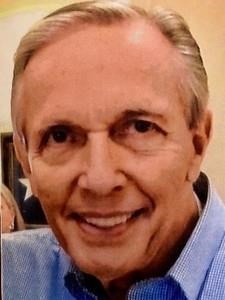 David grew up in Rochester, NY, where he graduated from Brighton High School. Throughout his life he had many talents and interests including antiques, clocks, paintings, music, classic automobiles, photography (acquired while employed by Kodak), and ice-skating (hockey). He joined the USAF and was assigned to the USAF Security Service (Intelligence) at Brooks AFB in San Antonio.

As a young man his ice-skating interest drew him to the new Crockett Street Roller Rink where he became attracted to the pretty ticket lady – Helen Ruth. Both have admitted it was love at first sight. Helen saw in David the many attributes she prayed for, and much more, and knew he was the answer to her prayers. They married on August 28, 1954, in her family's farm home near Somerset.

David served in the US Air Force for 10 years. During his service he was stationed in Edinburgh, Scotland and at the Pentagon in Washington D.C. After being honorably discharged David was hired by the San Antonio City Public Service Board. He retired after 31 rewarding years.

David and Helen Ruth developed many common interests and found it very enjoyable working together. Notably – David helped Helen Ruth advance to the highest possible level in American Image Marketing (AIM), a premier distributor of healthy food supplements, and received international recognition. Foremost in their minds was the benefits of their products. In addition, they both enjoyed the talent and atmosphere of shows presented at the newly opened Fiesta Texas. A close friendship was developed with Angie, a beautiful and talented vocalist who starred in a musical variety show. She permanently adopted them as her second parents. David also treasured the loyal friendship he had with Jon, an area manager of his and Helen's favorite lunch spot, Jason's Deli, which they would frequent numerous times a week.

David was admired and dearly loved. Along with his great sense of humor, he was a selfless, loving, and brilliant man. He was also known for his incredible organization and meticulous record keeping. He will be truly missed by all.

David was preceded in death by his parents and wife of 56 years (2011), Helen Ruth (Hoffman) Baxter, of Somerset, Texas. He is survived by brothers Carlton and Paul Baxter, sister Suzanne (Baxter) Hall, in-laws Glenn and Lillian Hoffman, numerous loving nieces and nephews, and great nieces and nephews.

David's internment will be held at the Lytle Community Cemetery next to his dear Helen Ruth on September 20, 2021, at 10:00 a.m. 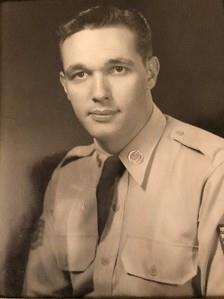