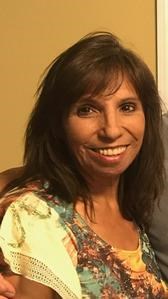 Deborah Lisa Farias Spikes passed away peacefully surrounded by her family after a short bout with cancer on December 6, 2021.

She was preceded in death by her son, Robert Ryan Spikes; and her sister, Mary Catherine Farias.

Debbye was raised in Corpus Christi with her siblings where she attended Incarnate Word Academy and enjoyed and excelled in playing the piano, gymnastics, and cheerleading. As an adult, Debbye was the life of the party and always lit up the room with her smile, humor and wit. She was proficient in everything she did and was the family Martha Stewart. Her gift was love, which was bestowed on those she touched, especially her grandchildren.

She is the light that will always shine brightly in our hearts.

The family appreciates all the prayers and messages from friends and family. Debbye's celebration of life will be held on Saturday, January 15, 2022, at St. Elizabeth Ann Seton Catholic Church, 8500 Cross Mountain Trail, San Antonio, Texas 78255. A rosary is scheduled at 12:30 PM, Mass at 1:30 PM followed with a reception immediately following the Mass at the church hall.