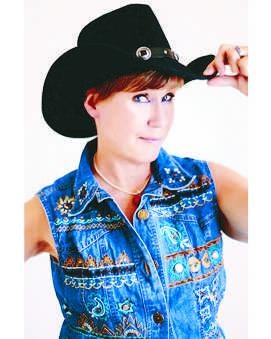 FUNERAL HOME
Porter Loring Mortuary North
2102 N. Loop 1604 E.
San Antonio, TX
August 13, 1957 - May 24, 2015
Mrs. Donna Jean Winzenried passed away after a two and a half year fight against Pancreatic Cancer on the 24th of May, 2015 at her home in San Antonio, where she was surrounded by her husband and sons. She was born on the thirteenth of August 1957 to Donald and Arlene Manning in Flemington, New Jersey. She married her one true love and soul mate Command Sergeant Major retired Robert Winzenried, her Big Guy, on the twenty first of March 1975 in High Bridge, New Jersey and they were married by the Mayor of the town who also happened to be her father.

Donna was a military spouse for all of her husband's 37 year career in the Army and lived all over the world, from Germany to Korea and all points in between. She supported her husband through numerous deployments and separations, all the while being a strong advocate for military spouses. She worked tirelessly for military families, serving on many senior Army and DOD level advisory boards to include several forums with the First Lady Michele Obama and the Vice president's wife, Dr. Jill Biden. She loved children and her work as an early childhood education teacher was her passion. She was a proponent for revamping military child care and worked at several Child Development Centers insisting on improving standards of care everywhere she worked. Donna was also passionate about physical fitness and proper nutrition, founding KOPIK (Keep off Pounds in Korea) to assist those assigned to Korea keep fit. She became an accomplished Zumba instructor and loved to dance whenever the music hit her (which happened quite often).

Her most important passion however was her sons and especially her grandchildren. They were the light of her life and she loved them all dearly. She would have them dancing, singing or making their favorite cookies with her in the kitchen. She loved all her family: her brother and in-laws, nieces and nephews, who could always count on her for whatever they needed. She was a mom, big sister or whatever anyone needed her to be, as anyone who ever met her fell in love with her. Her enthusiasm for life was contagious and although cancer won the fight, she did all she could to battle this dreadful disease. She was taken from this world far too soon, but she lived every day to its fullest. She loved, laughed, and lived enough for several lifetimes. She was truly one of a kind. The world will be a little darker place without her light and she will be sorely missed by all who knew her.

She is preceded in death by her father and mother, Donald and Arlene Manning and is survived by her husband Bob, son Bobby, son Zebulon and his wife Joanna, son Josiah, her grandchildren Jacob, Cadence and Temperance, and her brother Ronald Manning. We will cherish her memory and love her always. The family will receive friends from 6:00 to 9:00 p.m., Sunday, May 31, 2015, at Porter Loring Mortuary North.

Interment will follow in Fort Sam Houston National Cemetery. Flowers would be very welcome or donations may be made in Donna's honor to pancan.org.


You are invited to sign
the Guestbook at
www.porterloring.com

Published by San Antonio Express-News on May 29, 2015.
To plant trees in memory, please visit the Sympathy Store.
MEMORIAL EVENTS
To offer your sympathy during this difficult time, you can now have memorial trees planted in a National Forest in memory of your loved one.
Funeral services provided by:
Porter Loring Mortuary North
MAKE A DONATION
MEMORIES & CONDOLENCES
1 Entry
No words can express the sorrow we all feel at Donna's loss. The best always seem to be taken from us too soon. She brought so much light to so many - family, friends, and especially military spouses and children. We will miss her terribly, and extend our deepest sympathies to Bob, the boys and their families. Love, Bill and Cathy
Bill and Cathy Haight
May 31, 2015
Showing 1 - 1 of 1 results