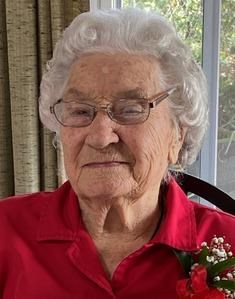 She was born September 3, 1923 in Castroville, Texas to Fritz Etter and Viola Lena Schuehle.

On August 29, 1943, Doris married Stanley Joseph Jagge at St. Louis Catholic Church in Castroville. They were blessed with forty-eight years of marriage at the time of his passing in 1992.

Doris was preceded in death by her parents; and her husband, Stanley J. Jagge.