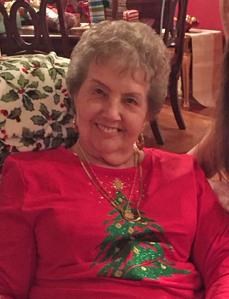 Dorothy Louise Beyer Jackson went to be with our Lord on Monday, September 6th, 2021 at the age of 86. Dorothy was born on June the 21st 1935 in San Antonio, Texas to Charles John Beyer and Meta Sultemeier. She is preceded in death by her parents; brother, Charles "Chuck" Beyer, and her husband of 59 years, Bobby Harold Jackson and has experienced the joyful reunion with her infant daughter, Michelle Renee.

Soon after graduating from Edison High School, she attended Texas Lutheran College for a short time. Immediately thereafter, Dorothy started working at Southwestern Bell, later AT&T, and remained there until her retirement.

She was very social and enjoyed membership in the Telephone Pioneers of America and the Ladies of the Eastern Star. After retirement, she volunteered for years at St. Luke's Hospital. She enjoyed playing bunko and played it for years until she caught the "slot machine bug" on her first trip to Coushatta with her former work partners. Dorothy loved shopping and loved collecting costume jewelry. Every year, "Oma" looked forward, with anticipation, to the family tradition of Black Friday shopping and loved it!

Published by Express-News on Sep. 19, 2021.
To plant trees in memory, please visit the Sympathy Store.
MEMORIAL EVENTS
To offer your sympathy during this difficult time, you can now have memorial trees planted in a National Forest in memory of your loved one.
Funeral services provided by:
Porter Loring Mortuary North
MAKE A DONATION
MEMORIES & CONDOLENCES
Sponsored by Porter Loring Mortuary North.
0 Entries
Be the first to post a memory or condolences.