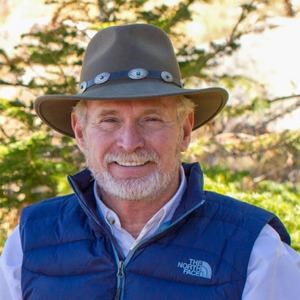 From the day he was born, on September 6, 1947, until the day he passed away, on September 7, 2021, Dr. Paul McLerran chose to live a life full of generosity, integrity, love, and adventure. Paul was born in Giddings, Texas to Mary and Herbert McLerran. His childhood was a quintessential small town Texas upbringing surrounded by siblings Barbara, Judy, Ross, and Scott. After graduating from Johnson City High School, Paul attended Baylor University, where he graduated with a bachelor's degree in Biology, followed by four years at UTHSC at San Antonio School of Dentistry where he graduated in 1974 with a Doctor of Dental Surgery Degree.

Paul spent the next 10 years practicing dentistry in San Antonio. A neuromuscular impairment prematurely forced Paul out of dentistry in 1984. Paul established McLerran & Associates, a dental practice brokerage firm, in 1987, and served the Texas dental community for the next 24 years.

At his core, Paul was a family man beloved by those who knew him. In 1972, his life would be forever changed when he met the love of his life, Carolyn Sueltenfuss. After a few years of dating that included scuba diving, fishing and camping adventures, they married in May 1976. Their 46 years of marriage were filled with an incredible amount of joy, love and adventure. They raised two children, David (Dec 1982) and Allison (Jan 1986). Paul's role as a husband, father and family man truly defined him. Through trials and tribulations that would paralyze an average man, Paul passionately, consistently and without waver devoted his life to loving and supporting Carolyn and their two children. He showed them the value of exploration and curiosity with countless trips down to the Texas coast and summer road trips to the beautiful national parks of the USA. He showed them the value of creativity through his passion for photography and growing orchids. He showed them the value of the simple things, whether it be a walk on the beach with his wife, enjoying a round of golf with his son, son-in-law, and close friends, sharing a cigar and port with his daughter or eating chocolate with his granddaughters.

Paul is preceded in death by his parents and by his sister, Barbara. He is survived by Carolyn, his wife of 46 years, by his two children David and Allison, her husband Michel Kennedy, two beautifully strong granddaughters Juliette and Rafaelle, his brothers Ross and Scott and sister, Judy Prehn, as well as many nieces and nephews.

A Celebration of Life will be held at The Veranda 1746 Lockhill Selma, from 6-8 p.m. on Tuesday September 21. A special tribute to Paul will start at 6:45 p.m.. This is an open-air venue. Masks are strongly recommended during the tribute.

Donations in Paul's memory can be made to the Coastal Conservation Association of Texas or First Tee of Greater San Antonio.