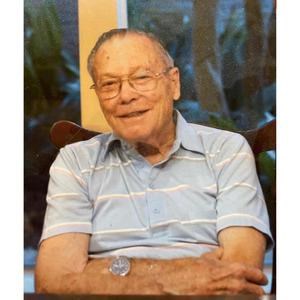 Colonel Ed D. Davis, U.S. Air Force (Ret.), (birth name Eddie Ray Murgatroyd) died on Wednesday, November 3, 2021, at his home in Austin, TX after a steady decline in health following a stroke in 2019. A career military officer, Ed served 2 years in the U.S. Army followed by 29 years in the U.S. Air Force, including teaching at West Point from 1957-63 and deployments to Iceland and Vietnam. He was a fun-loving and kind man who was devoted to his family and friends and will be missed dearly by all who knew him.

Ed was born on January 7, 1929 to William Murgatroyd and Ida Wood in San Antonio, TX. He enlisted in the U.S. Army immediately following high school graduation with his best friend, Bob Westkaemper, in 1946. After two years, he entered West Point where he graduated in 1953 as valedictorian and joined the U.S. Air Force to follow his childhood dream of becoming a pilot. While in the Air Force, Ed obtained his Master's in International Relations from the University of Pennsylvania and received numerous awards, accolades and medals for his achievements. Following his military retirement in 1981, Ed and Betty joined their four children in settling in Austin, TX and taught Aerospace Engineering at The University of Texas until 2003. Never one to be idle, while teaching at UT, Ed also administered FAA testing on the weekends for future pilots and was an active poll worker for every county, state and federal election until his stroke in 2019.

He is preceded by his mother and father Ida Trammell and William Murgatroyd, step-mother Opal Murgatroyd, half-brother Tommy Trammel, and son Michael Davis.

Ed was a devoted and loving father and husband. He enjoyed taking his children sightseeing at each new tour, waterskiing, hunting, fishing, playing tennis and racquet ball. Following his retirement, Ed was active in the lives of his grandchildren, cheering them on at sporting events, taking them to water and amusement parks, attending every band concert and Friday night football game, attending scouting achievement programs, and a Number One advocate for Girl Scout cookie sales. While at home, Ed enjoyed gardening, the Sunday comics and crosswords, and watching a mix of old westerns and Hallmark movies with his wife while enjoying her homemade cakes and cookies. Ed was also dedicated to his church worship and volunteered as an usher at St. Matthew's Episcopal Church every Sunday.

In lieu of flowers the family has requested remembrance by contribution to the American Cancer Society, the World Wildlife Fund, St. Labre Indian School or a charity of your choice.

Published by Express-News on Dec. 5, 2021.
To plant trees in memory, please visit the Sympathy Store.
MEMORIAL EVENTS
Dec
12
Memorial service
2:00p.m.
St Matthew's Episcopal Church
8134 Mesa Drive, Austin, TX
Dec
13
Inurnment
10:00a.m.
Cook-Walden/Capital Parks Funeral Home
14501 North Ih-35, Pflugerville, TX
Funeral services provided by:
Cook-Walden/Capital Parks Funeral Home
MAKE A DONATION
Please consider a donation as requested by the family.
MEMORIES & CONDOLENCES
Sponsored by Cook-Walden/Capital Parks Funeral Home.
2 Entries
The world was a much better place with Ed in it. May peace be with you all.
Lisa DeLong
Other
December 5, 2021
Ed was an inspiration to me in my aviation career and I will always remember his dedication to professionalism.
Larry Ludwig
Other
December 5, 2021
Showing 1 - 2 of 2 results