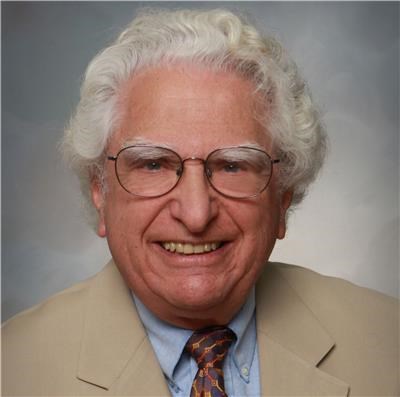 He is survived by his loving wife of 33 years, Marcia Goren Weser, his son Stephen Weser, and step-daughters Sara Solon (Robert) Ellman of San Jose, CA, and Leah Solon (David) Streem of Cleveland, OH, and grandchildren Marcus Streem, Sophie Ellman, and Kayla Streem, and numerous cousins. A private burial will be held at the Temple Chai cemetery within Mission Park North off IH 10 on Monday, March 29. A celebration of his life will be held at a later date via Zoom.

Born to Dorothy and Charles Weser in the Bronx, NY, he graduated Columbia College in 1953 with an A.B. in Liberal Arts and from the College of Physicians and Surgeons at Columbia University in 1957. He trained in gastroenterology at Cornell Medical Center, NY; University of Washington School of Medicine, Seattle, WA; and Albert Einstein College of Medicine, NY. He spent a year at the National Institutes of Health in Bethesda, MD.

In 1967 he came to San Antonio as Chief of the Division of Gastroenterology, one of the founding faculty of the then-new medical school, UTHSCSA. He was Deputy Chairman of the Dept. of Medicine and Chief of Medicine at the Audie Murphy VA Hospital. He published over 250 scholarly articles, textbook chapters, and presentations as an academic researcher in gastroenterology and nutrition. His research into lactose intolerance is still cited today in medical literature. He retired in 2006 as Emeritus Professor.

Dr. Weser served as the President of the Boards of Golden Manor Jewish Home for the Aged, the Carver Cultural Center, and Temple Chai, a Reform Jewish congregation, of which he was one of the 12 Founding Members in 2004. He was one of six founders of the San Antonio Wheelmen, the premier cycling group and was given Lifetime Member #1 in 2012. In 1987 the Arthritis Foundation gave him the Distinguished Physician Award and the Bexar County Medical Society Foundation honored his contribution to the Art and Science of Medicine in 2017.

He was twice elected to Alamo Heights City Council, serving 2010-2014, during the construction of the new City Hall on Broadway, upholding the highest ethical standards of public service. As a founder of the Alamo Heights Neighborhood Association, he received its Lifetime Achievement Award in 2019.

An avid pilot, he earned a Commercial/Instrument rating and logged over 4,000 hours, flying to Mexico, Canada and throughout the U.S. in his 1978 Mooney. He loved flying to Rockport, when he sailed a 27' Southcoast or up to Rocksprings to hunt each November.

In lieu of flowers, donations may be sent to the Elliot Weser, M.D. Lecture Series at UT Health San Antonio, the Carver Cultural Center, or San Antonio Jewish Senior Services.

You may leave a message or memory at the Tribute Wall on his memorial at www.missionparks.com

To plant trees in memory, please visit our Sympathy Store.
Published by Express-News on Mar. 28, 2021.
MEMORIAL EVENTS
No memorial events are currently scheduled.
To offer your sympathy during this difficult time, you can now have memorial trees planted in a National Forest in memory of your loved one.
MEMORIES & CONDOLENCES
3 Entries
Dearest Mrs. Weser and to your entire family, our hearts grieve with yours. Dr. Elliot was a classy distinguished sweet man and we considered him family. Dr. Weser knew my parents Ernesto & Graciela and my grandfather. The TORRES family will keep you in our daily prayers. Holy Trinity bless you