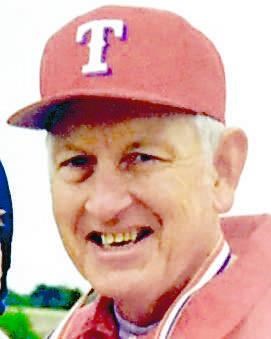 FUNERAL HOME
Schertz Funeral Home - Schertz
2217 F.M. 3009
Schertz, TX
August 8, 2017
Forrest "Chuck" G. Dressler, Jr., retired U.S Air Force Lt Col, passed away on August 8, 2017, at the age of 83 after a long battle with cancer. Forrest was a veteran of over 28 years combined enlisted and officer assignments in health services administration, Lt Col Dressler served several tours at Randolph AFB, Texas. He and his surviving wife, Lorna, have resided in Universal City, Texas, since 1970. Chuck was an avid softball player, throughout his military career, and in the San Antonio area following his retirement. He is preceded in death by his parents, Forrest Sr. & Mable; and sister, Suzanna. Chuck is survived by his wife, Lorna Dressler; daughter of a previous marriage, Cynthia Eason and husband, Timothy D. of Fort Worth, TX; grandson, Timothy G. Eason and wife Kim and their children, Braxton and Darian of Corinth, TX; sister, Sandra Davidson and brother Charles of Virginia; sister, Barbara Clanton and husband Leo, of Kansas and numerous nieces. A brief graveside service will be held on Tuesday, August 15, 2017, at 9:15 AM, at Fort Sam Houston National Cemetery. In lieu of flowers, the family has requested that all memorial donations be made to the San Antonio Senior Softball League, located at 9360 Sumac Lane, San Antonio, Texas, 78266.
You are invited to sign the electronic guestbook at www.schertzfuneralhome.com

Published by San Antonio Express-News on Aug. 13, 2017.
To plant trees in memory, please visit the Sympathy Store.
MEMORIAL EVENTS
Aug
15
Graveside service
9:15a.m.
Fort Sam Houston National Cemetery
TX
Funeral services provided by:
Schertz Funeral Home - Schertz
MAKE A DONATION
MEMORIES & CONDOLENCES
Sponsored by Schertz Funeral Home - Schertz.
2 Entries
Dear Cindy, My heart has been heavy now since the passing of your dear Dad, Forrest Chuck Dressler aka"Mighty Man" I love him just like I did my Dad. He will be truly missed by many. I just wish I knew sooner about him having cancer. My daughter and I have been on the Relay for Life committee for a few years. We have been walking for 5 or 6 year to help find a cure for cancer. I will definitely be walking for him next year. May God be with you and yours through this time. HUGS
Abbe (Naes) Hicks
August 14, 2017
Abbe (Naes) Hicks
August 14, 2017
Showing 1 - 2 of 2 results