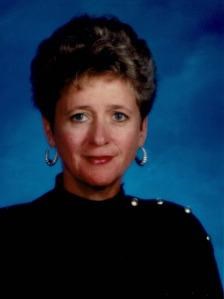 Gloria Jean McCulley Palacios began life on a quiet farm in Pontiac, Illinois. She was a creative spirit who longed for a life of adventure. She matriculated at the University of Illinois Urbana - Champaign in 1961 where she met the love of her life, an international student named Julio R. Palacios from Colombia, South America. Thus began her love of her dear husband, and also a life-long love of the Spanish language and Latino culture, food, art, and music. Gloria moved to Colombia soon after the wedding intending to permanently settle there. Colombia suited her vivacious personality where she learned to make the cuisine, throw memorable parties, dance into the wee hours and tell stories. She was much loved by her adoptive home. Living abroad expanded her understanding of the plurality of humankind and shaped her later professional pursuits back in the U.S. as an educator of Spanish and of English as a Second Language to recent immigrants from war ravaged lands and from countries in political turmoil. Her warmth, kindness, and empathy were felt by these students struggling with trauma and on their journey to full U.S. citizenship. Gloria had a strong sense of social justice. She was an avid reader, particularly of science fiction where themes of right or wrong prevail. What her loving family and friends will remember most about her is her kindness, her loving nature that extended far, her strong social ties to many friends throughout the U.S. and abroad, her wicked sense of humor that often sent people giggling, guffawing, or blushing - but they always returned for more. Her children will remember her most as a wonderful mother who was the first person who taught them to love, to be kind, and to be fiercely independent and strong, as she was. Gloria started her family in Colombia and repatriated to the U.S. with her husband and two daughters and had her third daughter in the U.S. Gloria went on to graduate with honors with a B.A. in Art Education, a M.A. in Spanish language and another M.A. in English as a Second Language (ESL). She was a strong advocate for education and she devoted her life to it. She taught at several high schools in Georgia, Virginia, and Texas (Judson High School) and finished her career at the University of the Incarnate Word. After retirement she volunteered as an ESL teacher. She touched many lives as an educator. Gloria Jean McCulley Palacios was born July 18, 1943 to Walter S. McCulley and Regina K. Teel McCulley in Pontiac, IL. She was preceded in death by her parents, her loving husband of 36 years, her sister-in-law Birgit McCulley, and her beloved chihuahua Midget. She is survived by her brother Derron McCulley and his daughters Ingrid and Karen, her daughter Dr. Monica Palacios Boyce and her husband Ed and their children Quincy, Cadence, and Orion, her daughter Nancy Palacios Brooks and her sons Maxmillian and Nicholas, daughter-in-law Michaela, and their children Aveline and Benicio, and her daughter Dr. Sherry Palacios and her husband Rick. Gloria was loved by her extended family and friends including Penny Elaine Pierce, Cindy Woodlee, Kathy Kosub, Lee Hebert, her "Divas" coffee group, and many dear colleagues at Judson High School and the University of Incarnate Word. Gloria leaves these many loved ones after a long battle with cancer that ended an incredible life. She passed away on November 21, 2021. We miss her terribly, especially our warm chats, emails, or texts that always made her feel close. Funeral services are through Porter-Loring Mortuary North. Visitation will be held Friday, Nov. 26th at 2:00 pm, followed by a service at 3:00 pm. Interment will follow for family at Mission Park Funeral Chapels and Cemetery, Dominion. In lieu of flowers, the family asks friends to donate to the Alzheimer's Association or the San Antonio Zoo where she was a longtime volunteer.

Published by Express-News on Nov. 24, 2021.
To plant trees in memory, please visit the Sympathy Store.
MEMORIAL EVENTS
To offer your sympathy during this difficult time, you can now have memorial trees planted in a National Forest in memory of your loved one.
Funeral services provided by:
Porter Loring Mortuary North
MAKE A DONATION
Please consider a donation as requested by the family.
MEMORIES & CONDOLENCES
Sponsored by Porter Loring Mortuary North.
1 Entry
Offering my deepest condolences to the family. May God grant you strength and courage as you face the coming days.
ML
November 27, 2021
Showing 1 - 1 of 1 results