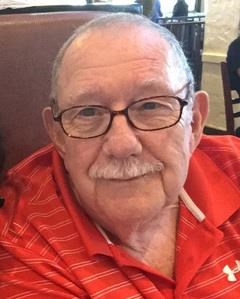 Harry Donald Hamilton, age 79, passed away on June 11, 2020 in San Antonio, Texas. Harry was born on January 3, 1941 in Kansas City, Kansas, to Virgil Hamilton and Claudina Holmes. As a child, Harry enjoyed a novel titled Coast Guard Cadets, but didn't think it a likely aspiration for a kid in Missouri. Then a USCG recruiter turned up at career day during his senior year, and Harry decided to enlist. Six years later, in 1965, having completed Officer Candidate School, Harry was discharged from enlisted service and commissioned as an USCG officer.

Over his 28-year military career Harry held a variety of commands, rising to the rank of Commander before his retirement in 1987. Harry received numerous commendations, many being awarded for valor in combat, most notably both the Bronze Star and the Purple Heart medals — both with the V device.

A lifelong scholar and an intuitive instructor, during the second half of his life Harry used his particular blend of empathy, good humor, and analytical skills to enrich not only any workplace he joined, but the lives of all who knew him. A man of grace, and with no small nod to both military precision and romantic poetry, Harry left this world 16 years to the day after his wife, Lynda.

Interment (with Full Military Honors) will be held June 11, 2021 in Arlington National Cemetery. In lieu of flowers, memorial contributions may be made to the Gary Sinise Foundation, or the Wounded Warrior Project.

To plant trees in memory, please visit our Sympathy Store.
Published by Express-News on Jun. 7, 2021.
MEMORIAL EVENTS
Jun
11
Interment
Arlington National Cemetery
Funeral services provided by:
Porter Loring Mortuary North
MAKE A DONATION
Please consider a donation as requested by the family.
MEMORIES & CONDOLENCES
Sponsored by Porter Loring Mortuary North.
1 Entry
Commander Harry Hamilton was one of the finest US Coast Guard Officers I served under. Harry was our TAC Officer when I went through Officer Candidate School in Yorktown, VA Sep 1971 - Jan 1972. Soon after I was commissioned and assigned to USCGC BURTON ISLAND (WAGB 283), Harry reported aboard as the Operations Officer. It was such a privilege to serve under him. Harry really knew his stuff as an Operations Officer and was a gifted teacher who, while inspiring excellence, demonstrated grace, forgiveness, and warmth to the junior officers under his supervision.

And then there was his wonderful wife Lynda who genuinely surprised him when she met the ship 22 July 1974 as we pulled into Juneau, AK, to pick up supplies before heading into the Arctic ice pack. Lieutenant (at that time) Hamilton and his wife Lynda were very gracious hosts and frequently invited junior officers to their home for social events and comraderie.

I have many fond memories of Commander Harry Hamilton. To my regret I lost contact with Harry and Linda after he retired from the USCG.

I am saddened that I now must say farewell to my mentor and friend. I pray our Heavenly Father grants the grace and mercy that Harry showed to so many others. RIP my brother!

I sincerely offer my deepest condolences to all of Harry' family and friends.
Bernard P. O'Brien, Jr. CDR, USCG- ret
Served In Military Together
June 9, 2021