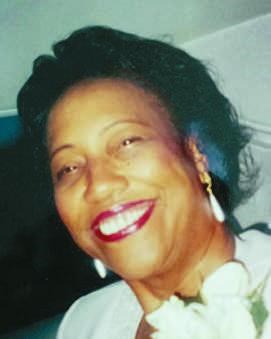 September 24, 1946 - September 23, 2015
Hazel Lee Brown Rockeymoore went home to be with the Lord on September 23, 2015 in San Antonio, Texas. A fourth generation Texan, Hazel Brown was born in Paducah, Texas on September 24, 1946 to entrepreneur Ira Brown and homemaker Pearlie Mae Brown. The youngest daughter of nine children, Hazel was very inquisitive and an avid reader early in life. She excelled academically and as an athlete and thespian, serving as a guard, forward and captain on Dunbar High School's championship women's basketball team, playing lead roles in Dunbar's annual school plays, and graduating as valedictorian of her senior class in 1964.

Hazel went on to attend Wayland Baptist University and earned her Bachelor of Arts Degree in physical education and biology with honors from Midwestern State University. A life-long lover of education, Hazel earned her Masters Degree in Human Resource Development from Western University later in life.

Hazel married her childhood sweetheart, Thomas Charles "T.C." Rockeymoore, in 1966 and gave birth to three children whom she considered their "crowning achievement." For twenty years, Hazel traveled with her young family throughout the United States and abroad as the spouse of an Air Force soldier. Hazel and Thomas celebrated 48 years of marriage on February 12, 2015.

Hazel infused her love of education into her career, serving both as a public school teacher and counselor. For 18 years she worked at Fort Sam Houston's Army Education Service Center where she counseled soldiers seeking to use their GI Bill benefits to pursue higher education. She was recognized for her friendly, effective, and efficient service in 2002 when she received Fort Sam Houston's Civilian of the Year award.

A spiritually grounded woman who loved the Lord with all her heart, Hazel was a faithful servant. Baptized at Antioch Baptist Church in Paducah, Texas at an early age, Hazel played the piano, sang in the choir, and was superb at recitation-delivering James Weldon Johnson's The Creation with zeal to the delight of Antioch's congregants.

For the past thirty years, Hazel has been an active member of San Antonio's Christian community first becoming a member of Grace First Baptist Church where she sang in the choir and then a member of Bethel A.M.E. church where she served as the Assistant Sunday School Teacher for Class Number One, sang in the Women's Chorus, participated in Voices of Praise, worked in the Christian Care ministry, and volunteered in the community outreach program.

Her Christian values inspired her passion for social justice and civic engagement. Hazel was a lifetime member of the NAACP, a member of the ACLU, a member of the Order of the Eastern Stars Gernell Smart Elite Chapter #79, and several other social clubs. A staunch Democrat, she tirelessly worked with the Bexar County Democratic Party in the 2008 campaign for the election of President Barack Obama. She also participated in demonstrations in support of the Affordable Care Act and numerous other protests to advance civil and human rights in Texas and around the country.

The family would like to extend a very special thanks to those who provided care to Hazel at MD Anderson Cancer Center in Houston, TX and CTRC University of Texas Health Science Center, the START Center for Cancer Care, Methodist Hospital, and Vitas Innovative Hospice Care, all in San Antonio, TX.

The family would also like to thank all of our friends who visited and sent cards, flowers, and gifts. We extend a special thanks to our Bethel African Methodist Episcopal Church family, who showed an outpouring of love and consideration. As Hazel would always say, "We love you."

In lieu of flowers, the family encourages donations to the Bethel A.M.E. Church scholarship fund. Checks can be made payable to Bethel A.M.E. Church, subject line: Scholarship Fund, and mailed to 225 N. Swiss St., San Antonio, TX, 78202. Resolutions and/or letters of condolence can be sent to the same address.

A memorial homegoing celebration will be held on Saturday, October 3 at 10 a.m. at Bethel A.M.E. Church.

To plant trees in memory, please visit our Sympathy Store.
Published by San Antonio Express-News on Sep. 27, 2015.
MEMORIAL EVENTS
No memorial events are currently scheduled.
To offer your sympathy during this difficult time, you can now have memorial trees planted in a National Forest in memory of your loved one.
MEMORIES & CONDOLENCES
14 Entries
Rest In Peace/heaven my dear sister. I miss you much. We really had a lot of good times and good conversations. Love forever. Your friend/sister Stella BV.
Stella Venson
Friend
September 21, 2020
Wow! 4 years my sister when you took your wings into heaven. I miss you so much. You and I had a bond that only God knows the extent of that bond from the first time we met in the Library in Spokane. Love you and miss you. Stella Beene-Venson
Stella Venson
Friend
September 21, 2019
Mama we love you. You will forever be in our hearts.
Angela Rockeymoore
October 12, 2015
Sincere condolences to Mr. Rockeymoore and family. We can see Sis. Rickeymoore's beautiful smile and heart which has continued with the family. Ernie and I as well as the Calasca Murphy family pray for your strength. We love you and Sis. Terry.
Ernie and Sharon Small
October 10, 2015
Mama we love and miss you very much. We know that you are in heaven in better place.
Angela Rockeymoore
October 3, 2015
As Hazel's schoolmate, I remember her Christian Walk as a teen. Billy and I both remember what a great basketball player Hazel was, also. To the family may God bless each of you with fond memories and peace.
Charlie and Billy Cannon
October 3, 2015
I am deeply saddened by the homegoing of Mrs Rockeymoore. Mr & Mrs Rockeymoore were a big part of my life as I grew up at Grace First Baptist Church. I send my deepest condolences to my good friend Meredith and the entire Rockeymoore family. I will continue to pray your strength in the Lord and you are in my thoughts and prayers. We love you all dearly.."Look unto the hills from which cometh our help, Our help cometh from the Lord." Love Caroline & Betty Jones
Caroline Jones
October 2, 2015
Bro. Rockeymoore and family, may God continue to bless you all during your time of sorrow. Sister Hazel was a beautiful sister in Christ and a fraternal sister. I will always remember her smile, and her quote from the Bible, "with His stripes we are healed". She is healed and God knows best. In our prayers.
Robert and Mary Pouncy
September 30, 2015
To the Rockeymoore family. How wonderful it always was to talk to Sis. Hazel. Her smile, wisdom and words of encouragement were always a blessing to me. On behalf of the Michael family, please accept our condolences at this most difficult time in your lives. God called Sis. Rockeymoore home because he wanted the best. For that, we should rejoice. Much love and be blessed.
Phyllis Michael
September 29, 2015
I can remember the great smile that Hazel had. May the Holy Spirit comfort you all during this time of sorrow and His steadfast promise of eternal life give you peace. God bless you all.
Rufus and Retha Williams
September 27, 2015
Through your tears and in your sorrow, know that God holds you close."Be still and know that I am God." Psalm 46:10. Much Love and prayer. Stella Venson and family
Stella Beene-Venson
September 27, 2015
my condolences and regards to the Rockeymoore Family we hope that her spirit lives in with grace and beauty.Much Respect and love. Mia MCGuire and Maryanne Suarez.
Mia McGuire
September 27, 2015
T.C. and the entire Rockeymoore family I extend my heart felt sympathy in the passing of Hazel. I remember her as a smart, loving and beautiful wife, mother and friend when we were stationed together in the Air Force. Just remember to look to the hills whence cometh my help. My help cometh from the Lord which made heaven and earth. God bless you.
Alvin Venson
September 27, 2015
The smile one sees in this photo is the one that greeted us every time Hazel came to help us with subbing at NAHS...and, of course, you left her presence with the familiar..."have a blessed day"...she not only professed her faith but she lived it at every turn and opportunity. Rest in peace my friend...see you soon...love MS.K.
Melanie Kuzniarek
Retired SS teacher (15 years at NAHS)
melanie kuzniarek
September 27, 2015
Showing 1 - 14 of 14 results