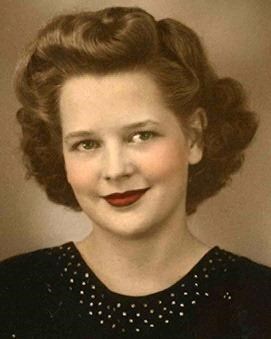 Helen grew up in San Antonio and graduated from Edison High School and then attended Trinity University. During WWII, she worked at Ft. Sam Houston Brooke General Hospital. During this time, Helen met Kenneth, her "husband to be" at a USO picnic at Landa Park. Upon his return from Germany in 1945, Ken and Helen got married in San Antonio.

In 1963, Helen and Ken and family moved back to San Antonio and started a new business - a rental car company called $3.99 Car Rentals. Helen worked the car rental counter downtown at 3rd and Broadway, helped with the books and made sales to the military bases.

During the 1960's and 70's the company consisted of several different franchises. In 1984, Helen and Ken, with the help of their children consolidated all operations under their own name "Advantage Rent-A-Car" and began the next chapter of one of the most dynamic and successful independent car rental companies in the world. When the family sold San Antonio based Advantage, the fleet consisted of tens of thousands of vehicles supported by over a thousand dedicated employees. At the time, the company had over 150 locations in the U.S. and licensees and affiliates in 24 countries world wide.

Helen was a deeply spiritual person and a dedicated servant of the Lord at Covenant Presb- yterian Church where Ken and she were members since 1963 (56 years). Helen served as a deacon for several terms, Church librarian and sang in the Church choir for over 4 decades.

She was a wordsmith and was fascinated by words, language and word puzzles. She was known for her great sense of humor, quick wit and especially known for helping others in times of great need. Another passion of Helen's was organizing and even hosting Edison High School reunions that often included classes from the 1930's, 40's and 50's. Helen was also an avid Spurs and Cubs fan.


A private graveside service and internment at Ft. Sam Houston National Cemetery will occur on Thursday May 9, 2019 at 11:30 AM followed by a memorial service for all friends and family at 12:30 PM at Covenant Presb- yterian Church, 211 Roleto Dr, San Antonio, 78213. The Walker Family is especially grateful that Rev. Dr. John Judson, Senior Pastor of First Presbyterian Church of Birmingham, Michigan and former Moderator of the Presbytery of Detroit will preside.

There will be a reception with lunch provided immediately following the memorial service in Mission Hall at Covenant Presb- yterian Church.

Helen's family would like to thank Helen von Hapsburg and the caregivers Maria P, Rosalie, Victoria, Jackie, Anna, Erlinda, Cortney, Janet and Maria G. for their care and compassion.

Memorial donations in lieu of flowers may be made to the Meals on Wheels of San Antonio, 4306 NW Loop 410, San Antonio, Texas 78229. https://www.mowsatx.org/ 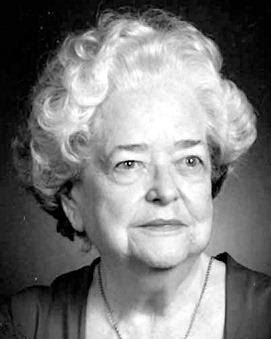 To plant trees in memory, please visit our Sympathy Store.
Published by San Antonio Express-News on May 5, 2019.
MEMORIAL EVENTS
May
8
Visitation
6:00p.m. - 9:00p.m.
Mission Park Funeral Chapels Cherry Ridge
3401 Cherryridge, San Antonio, TX
May
9
Memorial service
12:30p.m.
Covenant Presb- yterian Church
211 Roleto Dr, San Antonio, TX
Funeral services provided by:
Mission Park Funeral Chapels Cherry Ridge
MEMORIES & CONDOLENCES
Sponsored by Mission Park Funeral Chapels Cherry Ridge.
2 Entries
Bless John and all the Star Shtl, Walker family who mourn the passing of Helen. May you all cherish the wonderful memories she left in the days and months ahead. May she rest and sleep with the Angels. Your Friends & Family @ Alamo Barter Corp.
Liz Barrera @ Alamo Barter Corp.
May 6, 2019
May the love of friends and family carry you through your grief.
May 3, 2019
Showing 1 - 2 of 2 results