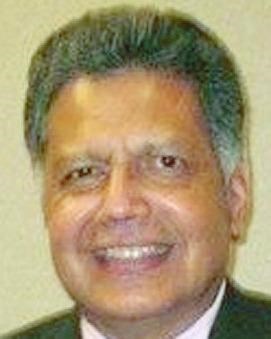 Published by San Antonio Express-News on Jun. 8, 2015.
To plant trees in memory, please visit the Sympathy Store.
MEMORIAL EVENTS
To offer your sympathy during this difficult time, you can now have memorial trees planted in a National Forest in memory of your loved one.
Funeral services provided by:
Castillo Mission Funeral Home
MAKE A DONATION
MEMORIES & CONDOLENCES
21 Entries
Julia and Rodriguez Family,

My sincere condolences on the passing of Henry. I worked with Henry and knew him well when I worked at Kelly AFB. I just saw his obituary and was saddened. My prayers are with you and his family. May God wrap His loving arms around each of you and grant you peace.
Ann Black
June 23, 2015
My honor to have worked with Henry in the USAFR...great person
Rita Mirabelli
June 15, 2015
Henry and I go way back and I consider myself blessed to have been a good friend of Henry's. We worked closely together at both the 433 AES (what was then the 34 AES) and at KAFB. Henry was so fun to be around and I will forever remember those things he did (moon over Yakima, etc) that kept us all in stitches!! Henry will be truly missed. "Go with God and look down upon us all". Michael Rice, LtCol, USAFR Retired
Michael Rice
June 11, 2015
Henry and I shared a few beers during a reserve unit TDY in Germany. We also worked several years together at the SA Air Logistics Center. He was a good friend and had a good heart.
Gene Lazo
June 11, 2015
Wonderful to be around, great sense of humor, and always that smile of his, captivating. I worked with Henry at Kelly and saw him a couple of times at BAMC. May you now rest Henry.
Donna Gannon-Skeldon
June 10, 2015
God Bless You and Rest in Peace my USAF Reserve Brother.
MSgt Robert D Garcia, Admin (Ret)
June 10, 2015
May he be at peace. I knew Henry in the USAF Reserves. He was a fun loving person with a big heart. I was glad Henry was always there to help when needed and never complained.
God only takes the best.
Bessie Prado
June 10, 2015
My condolence to the family and friends of Henry. I knew Henry from our civil service days at Kelly AFB and also as a reservist. I will miss Henry and his positive personality and always willing to help.
Mario Pastrano
June 10, 2015
I am deeply saddened to see this news. I too recall a friendly smile, a sincere greeting to go along with it...Henry never stopped glowing with an open friendship. Julia and all family, I am so sorry for the saddest of times for you. We know that now Henry rests with God. God's gain is our loss.
Mary Navarro Farr
June 9, 2015
Henry, my friend. I know you are finally free and well. Rest in peace.
Michele WEISBECKER
June 9, 2015
I worked with Henry in the credit card program and in construction contracting at Kelly AFB. He was soooo funny!! we had such fun memories. My condolences to all.
Lita Besteiro
June 9, 2015
My sincere condolences to all the Rodriguez family. It was an honor and a pleasure to work with Henry at Kelly AFB. His ready smile always brightened the day. May each of you find comfort and peace through your memories and our Lord.
Diana Runkle
June 9, 2015
My condolences to the Rodriguez family. I worked with Henry at Kelly AFB and recall the many fond memories. One I will always remember, Henry always had a smile on his face when he greeted you. A Holy Cross graduate, like myself, we became close friends and shared a comradeship as fellow alumni. Rest in peace my friend. My thoughts and prayers for you and the family.
Juan Lopez
June 9, 2015
You departed from us too soon, in the kingdom of heaven is where you stand. Free of all pain and suffering, you're reunited with your parents and past loved ones. Thank you for all the love and heartfelt memories we have shared they will forever hold a special place in our hearts. Love, your son & daughter in-law
Enrique and Yvette Rodriguez
Enrique and Yvette Rodriguez
June 9, 2015
My deepest condolences to Julia and to all of Henry's family. It was my privilege to work with Henry at Kelly and Tinker. He will live in our memories and our hearts. God bless Henry.
Kevin Walker
June 8, 2015
My thoughts and prayers are with Henry and Family. May Henry rest in peace with our Lord Jesus Christ.
Henry Galindo
June 8, 2015
My condolences to the family. I worked with Henry at Kelly AFB. Henry and the family will be in my thoughts and prayers. May he rest in peace.
Maria Ortiz
June 8, 2015
Julia, my prayers to you and all of Henry's family. I leave with a prayer for Henry. May he rest in peace.
Irene Mireles
June 8, 2015
Please accept my sincerest sympathy for your loss.
Now I pray for your comfort in the days ahead. God bless you and keep you in His tender care and love for all eternity.
Thomas Robledo
June 8, 2015
Dear Rodriguez, Moke and Centeno Families,
My prayers,love and thoughts are with you during this difficult time.
With Love,
Elizabeth Mayers
Elizabeth Mayers
June 8, 2015
Julia, my condolences to you and Henry's entire family. I will remember Henry and you in my prayers. God Bless you all, Mere
Mere Rodriguez
June 8, 2015
Showing 1 - 21 of 21 results