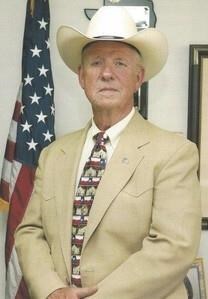 More affectionately known as Bob, Bobby, Sergeant, or Sheriff, age 77, of New Braunfels, joined his family and friends in heaven on September 16, 2021.

Bob was born in Vandalia, Illinois to Peggy and James Stephens. While very young, Bob left Illinois with his mother and moved to Texas. Bob's mother married again to Ed Holder who not only adopted Bob, but helped raise him. Bob as an adult; however, reconnected with his Stephens family in Illinois, and remained very close through the remainder of his life.

Bob was raised in Wichita Falls where he attended public schools. Bob was a graduate of the National Sheriff's Institute, the F.B.I. National Academy, the Leadership Command College, and the Texas Governor's Management Program. Bob served 4 years in the United States Marines, 31 years with the Texas Department of Public Safety, and 20 years as Sheriff of Comal County. Upon Bob's retirement in 2016, he continued to proudly serve as an Honorary Texas Ranger.

During Bob's tenure at DPS, he chose to locate to New Braunfels in 1977, serving as the first Highway Patrol Sergeant to be assigned to the area. Bob immediately fell in love with New Braunfels and Comal County and always felt blessed to live here and serve this community.

Throughout Bob's 51 year career in law enforcement, he was recognized with numerous awards, served on many boards, and held membership in numerous organizations, most notably the St Jude's Ranch for Children, Comal County 100 Club, New Braunfels Noon Lions, New Braunfels Masonic Lodge, Alzafar Shriners, The Scottish Rite, The American Legion, Texas DPS Quarter Century Club, Heart of Texas Marines, and the Guadalupe Valley Peace Officers Association. Bob was also actively involved throughout his career with the Greater New Braunfels, Canyon Lake, Bulverde, and Spring Branch chambers of commerce. Bob was honored to receive both the Herald-Zeitung's Citizen of the Year Award and Pillar of the Community, the Ed Murphy Memorial Award, Noon Lions Officer of the Year award, and the Commissioner Jan Kennedy Key to the Courthouse upon his retirement. Bob was a lifelong Republican and a member of all of the Republican organizations within Comal County, but as an elected official he took great measures to represent all constituents in Comal County.

In 1982, while attending the FBI Academy in Quantico Virginia, Bob married Kelly Boyer who was a police officer at the Live Oak Police Department. Bob and Kelly's mutual interests and careers in law enforcement made them a perfect match. Together, Bob and Kelly spent many years gathering and playing cards with family and friends, and traveling. Many memorable trips were made to Cozumel, cruising, or riding on one of the many Harley Davidson motorcycles Bob owned and loved throughout the years. For many years Bob and Kelly enjoyed camping and attending motorcycle rallies and meetings, travelling with friends and fellow riders across the states with one unforgettable trip taking them all the way to Lake Tahoe. Bob's bucket list trip to Alaska was made in 2017 after his retirement. In addition, Bob and Kelly shared a deep interest in supervision and the management of law enforcement personnel, and both felt blessed to have the other as a sounding board during their careers. Bob took great pride in mentoring and training young law enforcement officers, and he lived by the mantra "Do the right thing for the right reason, at the right time."

Bob was also known for his outgoing personality, willingness to help others, quick wit, and love of a good laugh or joke.

Bob was preceded in death by his grandparents, mother Peggy Holder and step mother Cleta Stephens, as well as both fathers James Stephens and Edwin Holder.

Bob's family would like to thank the dedicated staff of Hope Hospice, as well as Sodalis Memory Care, for the exceptional care and attention they gave him during these last few months. In lieu of flowers, memorials may be made to the St. Jude's Ranch for Children, the Comal County 100 Club, or Hope Hospice.

Published by Express-News on Sep. 19, 2021.
To plant trees in memory, please visit the Sympathy Store.
MEMORIAL EVENTS
Sep
25
Visitation
10:00a.m. - 11:00a.m.
Grace Church
3240 FM 725, New Braunfels, TX
Sep
25
Memorial service
11:00a.m.
Grace Church
3240 FM 725, New Braunfels, TX
Funeral services provided by:
Doeppenschmidt Funeral Home - New Braunfels
MAKE A DONATION
Please consider a donation as requested by the family.
MEMORIES & CONDOLENCES
Sponsored by Doeppenschmidt Funeral Home - New Braunfels.
17 Entries
My sincere condolences to all the families of Bob both immediate and extended. May God Bless Bob and all of you now and forever. Peace be with us all.
Guy Anderson
Friend
September 26, 2021
Bob and I were close, he as Sheriff and I as Mayor oy Garden Ridge. We rode many a mile searching for that elusive vote in rural Comal County. He was fun to be with and a great guy. He lit up the Comal County Officials luncheon with his dry sense of humor and wit. My condolences to his family. Jay Feibelman. Garden Ridge
Jay Feibelman
Friend
September 25, 2021
Bob was my instructor during my law enforcement academy in 1980. He instilled a sense of pride in appearance and respect that stayed with me throughout my military and civilian law enforcement career. Spit and polish from head to toe, Bob was a man who commanded respect and gave it out as well. We have lost a true giant among men!
TOM FARRAR
September 22, 2021
The stories that will be shared in heaven. Bob was such a friendly, funny, great man that didn’t know a stranger. He will be missed and remember fondly. He will continue to make you laugh and cry with every memory you hold. Prayers for the family.
Cathy Fischbeck
September 22, 2021
Kelly, my deepest condolences to you and the family. I will always remember Sheriff Holder for his kindness, humor, and respect for everyone. It was an honor to work for him. My thoughts and prayers are with you and the family during this difficult time.
Alicia Gonzales
September 22, 2021
Our hearts are heavy with the weight of our brother's loss. He was a remarkable man and will be greatly missed.
Anita Quick
Sister
September 22, 2021
When I began my career asa communications operator with DPS I was fortunate to meet and work with Sgt. Holder, as he was then. He was friendly and quick witted and made a raw rookie feel welcome. He always made it a point to visit the Comm Center whenever he was in San Antonio to acknowledge the operators and express his appreciation for our work. I held him in the highest regard and will never forget his generosity, kindness and sense of humor. Rest in paradise, Sarge.
LouAnn Presas
Friend
September 21, 2021
Kelly, my deepest condolences. Will never be forgotten.
Juanita Ayala
September 20, 2021
Kelly my condolences to you and the family. I was so sad to hear of his passing. My time at the Sheriff's Office working for him was wonderful. He was so funny and a joy to be around. I remember all the funny times between him and Chief Bennie. He was truly respected by his community and that was obvious. He truly cared about all his employees. May God give you strength during this difficult time.
Angie Valdez
Coworker
September 20, 2021
He was a great Sheriff, Teacher, and person. It was an honor and privilege to work with him. Thank you Sheriff Holder.
JAMES MILLER
Coworker
September 20, 2021
My thoughts are with you through this difficult time. Just know that I love you.
Vicki Thom
September 19, 2021
Our dear Kelly,
Sallie and I are so sorry for your loss of your wonderful husband, best friend, and partner. Bob was a dear friend of ours. We will miss our redheaded jokester and always remember the humorous rumors he started about us. May God be with you and comfort you. May He lighten your burden of hurt, sorrow and the heartfelt pain you are feeling since He chose to bring Bob home to Him. May God bless you. He is with you. We are thankful God allowed Bob to be a part of our lives,
Bob and Sallie Spraggins
Friend
September 19, 2021
The people we love become a part of who we are. And when they leave this world a part of them stays with us always. With love and sympathy.......Pat Hueter & Family
Pat Hueter
Friend
September 18, 2021
Condolences from your LE family and friends in Bulverde. He will be missed.
Gary Haecker
Friend
September 18, 2021
Never be a kinder,more gentler man than bob holder. Thank you for your years of service to Comal county. Rest in peace.
Waunita Riggins
September 18, 2021
Kelly, A legend he is! One not ever to be forgotten. It was a great honor to have worked for him, and to have had as a true friend. I will cherish that forever. I am always here for you, anytime. May the Lord give you the strength to carry you through until you meet again! God Bless you and your Family!
Frances Savage
Coworker
September 17, 2021
So sorry Kelly. He was an amazing man! He is a legend! Tight hugs♥♥
Viola McKinnis
Friend
September 17, 2021
Showing 1 - 17 of 17 results