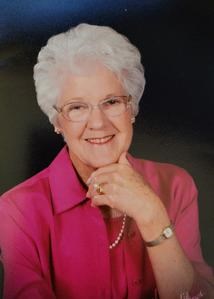 She attended McLeansboro Township High School in McLeansboro, Illinois, graduating in 1949. She went on to receive her Nursing degree at St. Luke's School of Nursing in St. Louis, Missouri in 1952.

Jean married Richard Neal Schwartz on February 7, 1953. After Rick's graduation from the University of Illinois, he entered the United States Air Force and served for 22 years, retiring as Lieutenant Colonel, settling in San Antonio, Texas.

Jean was a loving wife, a devoted mother, grandmother, and great-grandmother. She will be remembered for her spirited conversations, and her warm smile for friends and strangers alike. She was also a lover of God's creatures, whether tame or wild. Her favorite pastime was working in her garden. She received much recognition for her beautiful flowers. She will be dearly missed by all that had the privilege of knowing her.

You are invited to sign the Guestbook at www.porterloring.com