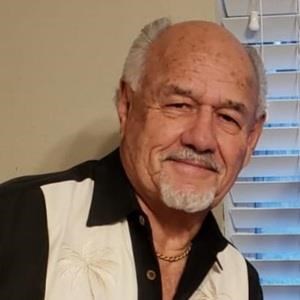 Jessie "Jack" Pope Jr., a proud veteran of the Vietnam War, passed away on September 1, 2021, surrounded by family.

At the age of 19, Jessie enlisted in the U. S. Air Force. He valued his service highly and attained the rank of Master Sergeant. Jessie was an Architectural Draftsman for the Air Force where he made the upgraded drawings of the new M16 rifle in 1964, amongst other projects. Jessie was awarded a Republic of Vietnam Gallantry Ribbon for his expertise in small arms marksmanship. He was a competitive shooter and in 1966 he was named the All-Around Champion of the PACAF All-Service Shooting Championship in Hawaii. Jessie ended his military career as a Drill Instructor with the title of Master Military Training Instructor "Blue Rope", an honor only awarded to ten percent of instructors.

In 1983 Jessie opened Texas Trophies in San Antonio, Texas. Jessie continued his love for marksmanship and took up archery after retiring from the Air Force. He went on to be named the 2002 National Senior Olympics Archery Champion, receiving his gold metal on the podium.

He was predeceased by his son, Brian Pope, and his brother, Robert "Bob" Pope.

His loved ones remember Jessie's passion for hunting, fishing, and drawing. He often brought laughter to the room and cherished his family greatly.