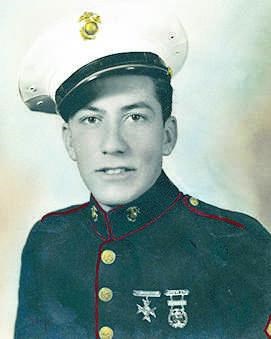 His life began working his family's ranch along with his cousins, uncles and friends in Linn, Texas. Joe served his country as a U.S. Marine, Fifth Marine Division and fought at the Battle of Iwo Jima (19 February - 26 March 1945), one of the country's most costly battles. His platoon was part of the Red Wave which was the second assault to hit the beach. He was a very proud marine, "Semper Fi", "always faithful, always loyal".
Joe lived the majority of his life on ranches from Helotes and Pipe Creek, TX to the Rio Grande Valley, his birthplace. Cattle and dogs were his love and working the land. Joe worked at Kelly AFB as a computer programmer until retiring at the age of 55. In 1975, Joe and Julie moved to the Garza family ranch and established the CheCheco Ranch (inherited from his mother Virginia) on highway 281 next to the King Ranch outside of Linn, Texas. He and his wife were avid bowlers and traveled to many tournaments around the country. He was also the first Fire Chief in Linn, Texas. He was also an avid hunter and every year for 25 years travelled to west Texas to Sanderson, TX for whitetail, Mule deer and turkey. As one of his friends stated, "Every time you saw Joe, he had the same friendly and compassionate face". He was a gentle, firm and dedicated man to all who knew him. His most profound characteristics was being a "giver" and "protector" not to mention his continuous humor and smile.

The family wishes to thank all the caregivers and Heart-to-Heart nurses that assisted Joe at the Lodge of Leon Springs in San Antonio for the last eight years. He is terribly missed by all and was an example to all who he came in contact with and loved him.

Per his request, he has asked that there be no services which the family has honored. 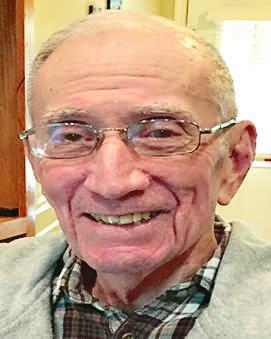 Published by San Antonio Express-News on Nov. 5, 2017.
To plant trees in memory, please visit the Sympathy Store.
MEMORIAL EVENTS
To offer your sympathy during this difficult time, you can now have memorial trees planted in a National Forest in memory of your loved one.
Funeral services provided by:
Sunset Northwest Funeral Home
MAKE A DONATION
MEMORIES & CONDOLENCES
Sponsored by Sunset Northwest Funeral Home.
1 Entry
Thank you Mr. Garza for your service to our country. Rest in peace sir.
Robert Anderson
November 5, 2017
Showing 1 - 1 of 1 results