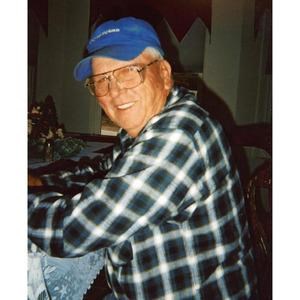 John Webster Hicks, Sr., age 84, of Palestine, Texas, peacefully met his Lord and Savior on Wednesday, the 17th day of November 2021, after a long and courageous battle with lung cancer. He was born in Simsboro, Louisiana on July 7, 1937, to parents Clarence and Josie Hicks.

John was best known for his work ethic and dedication to his family. At a young age, John began a 35+ year career with Texaco Corporation. After retirement at age 61, he went on to build his own, highly successful well servicing business which he operated until only two years ago.

Known as an early riser and very hard worker, John cultivated a rich life for his family despite humble beginnings and limited formal education. He had a huge heart and was always willing to share his blessings or knowledge with anyone in need. Through his sure grit and a willingness to help anyone, John left a legacy for his family proving hard work and kindness pays off.

John is survived by his four children John Hicks, Jr. (wife, Marsha); Tim (wife, Elaine); Jodie Hicks, and Chris (wife, Angela), thirteen grandchildren and nine great-grandchildren. And finally, his beloved and trusted long-time companion, Janet Naquin, to whom the family is eternally grateful for her loving care particularly in these last few years.

Preceding him in death are his wife Mary of 45 years, his parents, three sisters and five brothers of which he was the last remaining.

The family will receive guests for visitation from three o'clock until five o'clock in the afternoon on Sunday, the 21st day of November 2021 at Rhone Funeral Home.

Funeral services to celebrate John's life are to be conducted at ten o'clock in the morning on Monday, the 22nd day of November in the Rhone Memorial Chapel. Immediately following, John will be interred at Land of Memory Cemetery in Palestine, Texas with Masonic Rites.

In lieu of flowers, donations may be directed towards the charity of one's choice in John's honor.