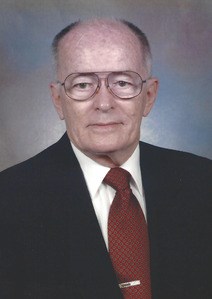 John had a distinguished 26 year military career most of which was spent at Wilford Hall Hospital on Lackland Air Force Base. He became head of the Department of Psychiatry and then the Hospital Administrator. He received several awards and medals for his service to this country.

After retiring from the Air Force, John became the Medical Director of the Bexar County Detention Center and Psychiatrist for the Courts. In gratitude for his many years of service and contributions to the improvement of mental health, county officials named a floor of the University Hospital for him in his honor. After 25 years of working for the Bexar County community, John retired.

John is preceded in death by his parents, Fred and Grace Sparks, and his beloved wife, Ilomay. John is survived by his brother, Bill, his five children, seven grandchildren, and one great grandchild.

Published by Express-News on May 9, 2021.
To plant trees in memory, please visit the Sympathy Store.
MEMORIAL EVENTS
To offer your sympathy during this difficult time, you can now have memorial trees planted in a National Forest in memory of your loved one.
Funeral services provided by:
Porter Loring Mortuary North
MAKE A DONATION
MEMORIES & CONDOLENCES
Sponsored by Porter Loring Mortuary North.
1 Entry
I worked with John many times over the past 30-40 years.
Dr Sparks was absolutely knowledgeable , ethical, compassionate , and always helpful!
He is missed by hundreds.
Boyce ElliottIII, MD
Coworker
May 9, 2021
Showing 1 - 1 of 1 results