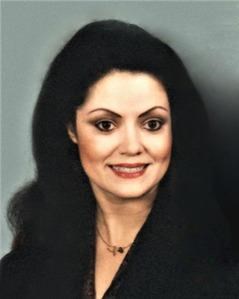 She was recently preceded in death by her husband, Rev. Dr. David Lynn Semrad, and in previous years by her parents, Naomi Ruth Weiss Silvy and Raymond Edward Rose.

Judy grew up in Oklahoma; Virginia and Indiana and especially cherished her days at Ponca City High School in Oklahoma, where she was a cheerleader, played the clarinet, and participated in student organizations, including the Safety Club. She competed in barrel racing and shared a special bond with her palomino horse, Pal, whom she rode without spurs, sometimes standing up. She was voted as Oklahoma's "Miss Conclave" by the DeMolays of the state in her senior year and graduated from "Po High" in 1963.

A poet, writer and artist, Judy enjoyed intellectual thought and discussion and was a well of creative ideas. She preferred literature and drama with conscience-raising messages, was politically active and closely followed current events. She always remembered her junior high civics and social studies lessons about the danger of mob behavior and the importance of speaking up before it is too late. She was a lifelong supporter of family planning, fair and equitable labor laws, self-determination for women and men, and education for children and adults. She believed that her faith should be grounded in both spiritual and intellectual realities and that the stewardship of the planet should be advanced as acts of both personal and community responsibility.

Memorial and burial services were held in Enid, Okla.

Published by Express-News on Jun. 6, 2021.
To plant trees in memory, please visit the Sympathy Store.
MEMORIAL EVENTS
To offer your sympathy during this difficult time, you can now have memorial trees planted in a National Forest in memory of your loved one.
Funeral services provided by:
Ladusau-Evans Funeral Home
MAKE A DONATION
MEMORIES & CONDOLENCES
Sponsored by Ladusau-Evans Funeral Home.
0 Entries
Be the first to post a memory or condolences.