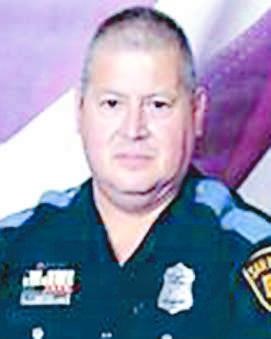 He will be remembered for his love of life and his sense of humor. He will be greatly missed.

A classmate in the SAPD academy with me, and a person I held in high regard. A kind and generous person, always willing to help. Julian always had a smile on his face and a kind word for all.

I have many happy memories of Julian, he will be greatly missed by his classmates and the people he served as a SAPD officer.
Ron Strothman
March 21, 2017
My condolences to Lupe, family and friends of Julian. Prayers are with you.
Yolanda (Moralez) Parker
March 21, 2017
One of the nicest officers ever! I would see him, when he ran escorts for our funeral home, he would say: "Hi, Johnny, how are you?" Always greeting people with kindness. GOD Bless his loving soul...prayers of comfort to his family& friends. Johnny Aguirre
March 21, 2017
REST IN PEACE, SUNSHINE..I AM GOING TO MISS YOU. YOU WERE A JOY TO WORK WITH.
PARYING FOR YOU AND YOUR FAMILY.
Janie Lange
March 21, 2017
My prayers are with Julian's family. I want to thank him and his family for the years they lived next door to my mother, Dorothy Coy. She was blessed to have you as neighbors and always thought so much of all of you. My thoughts and prayers are with you and may you find comfort in our Lord.