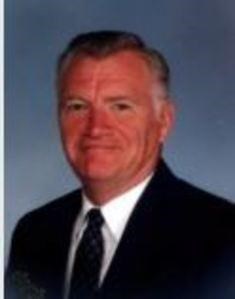 Leslie L. Custer age 86, peacefully passed away August 4, 2021, surrounded by family who he loved and cherished. Les was a veteran that served 33 years and rose through the ranks. Les will most be remembered for his faithfulness to the Lord, generous care and devotion to his family. He was a man of morals, values, and integrity.

Les was born July 11, 1935, in Cape Girardeau, MO. to Leslie Edward and Leila Custer. He lost his father early in life his mother, Leila, and his maternal grandparents, Lawrence, and Alice Womack, primarily raised him. Les enjoyed basketball and unsurprisingly with his 6'5 stature gained favor as the center of his High School team in Fredericktown, Mo. He received a basketball scholarship from the University of Missouri and earned his degree in Business. During summers, Les hitchhiked his way to Yellowstone Park to work as a fishing guide where he acquired many life-long friends. In Yellowstone, Les met the love of his life, Gerri Galles. Les and Gerri married on August 8, 1959, spent 47 years together.

Les was a decorated war veteran that was stationed in Korea, Vietnam, and Europe. His military career began at the University, where he was a cadet in the ROTC. Upon graduation in 1958, he was commissioned into the US Army as a 2nd Lieutenant. He led with humility and distinction, demanding excellence, and emphasizing the importance of individual responsibility within a unified team focused on accomplishing the mission. This spirit of leadership propelled him into several command positions, including Capt. of Battery A, 1st Battalion, 44th Air Defense Artillery — known as the "Dusters"—in the Vietnam War. He also served as Lieutenant Colonel of the 2nd Battalion, 55th Air Defense Artillery in Ft. Bliss, TX. These were his most enjoyable assignments, and he was deeply committed to the development of the men under his command. He believed that soldiers who are respected, kept informed and genuinely cared for by their commanders can and will accomplish any stated mission. A summary of Les' military service, honors and education which include the Legion of Merit and a Bronze Star, can be viewed @ https://www.dignitymemorial.com/obituaries/san-antonio-tx/leslie-custer-10295608

Upon his retirement Les continued his interests in spending time with family, traveling to Yellowstone reunions and volunteering at the VA. He volunteered and remained active at CBC. He will be remembered as a devoted husband, dad, grandfather, and great-grandfather. His life's mission was to love and support his family, friends, fellow soldiers, and his faith.

The family would like to thank Wendy, Kellie and Ashton as well as the support staff from Kendall House in Boerne for their love and support of our dad.

Contributions may be made in lieu of flowers: Fisher House Inc. - fisherhouseinc.org/donate, Community Bible Church, communitybible.com

Published by Express-News on Sep. 12, 2021.
To plant trees in memory, please visit the Sympathy Store.
MEMORIAL EVENTS
Sep
24
Memorial service
9:30a.m.
Sunset Funeral Home
1701 Austin Highway, San Antonio, TX
Sep
24
Service
11:00a.m.
Fort Sam Houston National Cemetery.
1520 Harry Wurzbach Rd, S.A, TX
Funeral services provided by:
Sunset Funeral Home
MAKE A DONATION
MEMORIES & CONDOLENCES
Sponsored by Sunset Funeral Home.
6 Entries
My sincere condolences to General Custer's family. I was kind of scared of your dad when I first met him. He was so tall and intimidating, not only to me, but to many of us. After we got to know him, General Custer was someone we looked up to and respected. He was certainly a man of integrity. Thank you Sir for your service.
COL (Ret) Carla Romero
Work
September 21, 2021
"Death is that black horse that someday comes into every man's camp and no matter when that day comes, a brave man should be booted and spurred and ready to ride him out" - Captain Buck O'Neil, Troop A, 1st US Volunteer Calvary. General Custer a good friend and mentor. He most certainly a very brave man. Now you're one of God's Generals.
CW4 Troies D Linthicum (Retired)
Friend
September 20, 2021
General Custer was an Officer who commanded respect by his presence and by example. I had the greatest respect and admiration for him. He was an inspiration to all who served with him
MSG (RET) GASPAR P. CHACON
September 19, 2021
Our condolences to the Custer family. General Custer was always the epitome of doing what´s right and holding us accountable. Thank you for your service Sir, you are one of the best leaders we were mentored by. Rest easy.
CSM(RET) RICHARD AND LIZ BRYANT
September 19, 2021
I So enjoyed the privilege of the times and events I got to share with then Col Custer when he was the RA IG to NMNG.
MAX JOHNSON LTC RET NMANG
Work
September 18, 2021
My good friend, it was an honor and a great pleasure working alongside you as a volunteer at Saturday night services at CBC. God bless you, Sir and you family as well. You were quite a gentleman and a class act and will be greatly missed. Rest in peace my friend.
David DeFriese
Friend
September 12, 2021
Showing 1 - 6 of 6 results