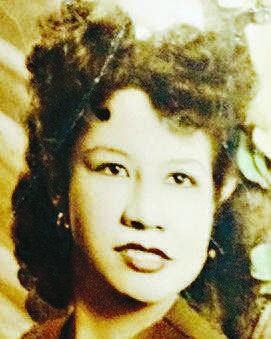 FUNERAL HOME
Castillo Mission Funeral Home
520 N. Gen. McMullen Drive
San Antonio, TX
February 2, 1928 - April 27, 2015
Lillie A. Lopez, born February 2, 1928, went into the loving arms of the Lord on April 27, 2015, at the blessed age of 87. She is preceded in death by her spouse Silvestre G. Lopez, daughter Bertha Lopez, parents Julio and Elena Alvarado as well as numerous siblings. She is survived by her beloved children Sylvester John Lopez and Lillian Sanchez (Sam), grandchildren Louise Sanchez, Karen Paskos-Baker, Marie Whittington, Rebecca Pacini, Samantha Sanchez and Isaac Sanchez, great-grandchildren Brodie Whittington, Autumn Lilliana Baker and Helena Pacini as well as numerous nieces, nephews, family members and friends.
A lifelong member of Christ the King Catholic Church, she participated in numerous church organizations in her lifetime.
Most notably she served as a member and vice president of San Antonio's Communities Organized for Public Service (COPs) in 1970's to 1990's. She was instrumental in garnering support from the community for the development of Rosedale Park and for drainage improvements in the surrounding areas by holding our elected officials accountable for seeing that the money earmarked for the area was not used for other areas. She and a group of other COPs members from Christ The King Church worked with city officials to build housing for the elderly on Martin St., now known as the Christ the King Senior Apartments, as well as to bring HEB Grocery and Luby's Cafeteria to the underserved Las Palmas area. As vice president of COPs she helped to organize grass root campaigns for adding a college campus in the southside resulting in Palo Alto Community College. In 1989 she was honored by the Texas Department of Aging as an outstanding senior volunteer.
She and her husband Silvestre spent many years as volunteers supporting the creation of the local senior nutrition centers at Christ the King and the Frank Garret Center.
She was a longtime member of the Christ the King Guadalupanas and also served as President of the Texas Federation of Guadalupanas She had faith in Christ our Savior and honored His Mother as a Guadalupana. The family would like to thank all the staff of Morningside Manor (units 6 & 3) and VITAS Hospice for the diligent loving care provided.
She will be dearly missed and never forgotten. Visitation will begin Friday, May 1, 2015 from 1pm to 4pm at the funeral home and will continue at 5pm at Christ the King Catholic Church with a rosary to be recited at 7pm. Visitation will resume Saturday, May 2, 2015 at 8am at the funeral home with the motorcade to depart at 8:30am for the 9am Mass of Christian burial to be held at Christ the King Catholic Church and interment to follow at San Fernando Cemetery II. Services under the direction of Castillo Mission Funeral Home. 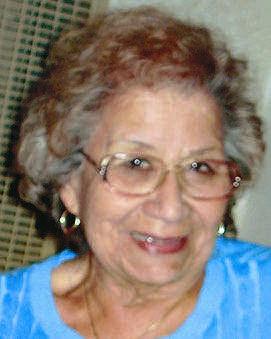 Published by San Antonio Express-News on Apr. 30, 2015.
To plant trees in memory, please visit the Sympathy Store.
MEMORIAL EVENTS
To offer your sympathy during this difficult time, you can now have memorial trees planted in a National Forest in memory of your loved one.
Funeral services provided by:
Castillo Mission Funeral Home
MAKE A DONATION
MEMORIES & CONDOLENCES
5 Entries
Dear Family,
We had the pleasure of meeting Mrs. Lopez on only a few occasions...When the engagement luncheon was held for Cortney & Isaac and again during their Wedding last November. We feel so honored and humbled to have had the opportunity in meeting such a wonderful person even though our times together were limited. What a legacy this beautiful lady left in all the Family Members that were so lucky to have been a part of her life. Her blood will always run thru your veins, and we know that she will never be forgotten. Hugh and I leave you with the following...You cannot feel life's losses without first feeling the blessings of life. We love the entire Lopez & Sanchez Family and want you to know that we will continue to keep you in our thoughts and prayers. Bebe & Hugh Robbins
May 6, 2015
hi my name Stephanie i am the granddaughter of the Vazquez. ihave know your mom all my life, she's a dear friend of my grandparents. this is one memory I will always cherish every Sunday when your dad used to go pick us up on the bus for CCD school,me and my brother will be the very first one's they would pick up in the morning and the very last that woulddrop off. in the morning when we get off the bus your mom would ask how was your week at school,and if we told her bad cuz we got into trouble she would tell us no cake for you ,you could get a cookie,and if we were good at school we could get a cake and cookie. your parents were so loving and funny at the same time. they were so much like family.(they were family.) love all of yall
Stephanie Torres
May 2, 2015
Sincere condolences to the family. Lillie was a faithful Guadalupana and a caring person when it came to neighborhood improvements through COPS/Metro. Thank you, Lillie, for all you did for our communities.
Sincerely,
Gloria Mora
St. Leo's COPS/Metro and Guadalupana
May 2, 2015
Adios Tia Lillie. You were the last of Mama Lena's children to leave us. Thank you for all you did for the family. Tu sobrino, Gumercindo Alvarado Jr.
April 30, 2015
Lillian and Sylvester,
We are so sorry to hear about the loss of your Mother. She was a loving and generous neighbor. We are blessed to have know her for so many years. May God bless your entire family at this time of sorrow.