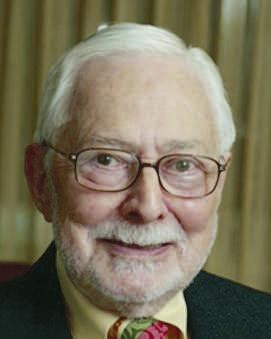 FUNERAL HOME
Porter Loring Mortuary McCullough
1101 McCullough Ave.
San Antonio, TX
September 22, 1922 - May 15, 2015
Loris Lee Gerber, 92, died Friday, May 15, 2015 at his residence following a brief illness.
He is preceded in death by his wife, Grace, and his step-children, Curtis Scott Landrum and Rebecca Hoffmann. He is survived by his sister, Onalee Anderson, nieces, Karen and Kristin, nephew, Neil, former wife, Jean Gerber, his son, Karl (Joanie), step-grandchildren, Andy and Lauren Cowen, and daughter, Lisa Danka (Wayne). He is also survived by descendants of step-children, Scott and Becky, including grandchildren, great-grandchildren and many close friends.
Loris was born September 22, 1922 in Worthing, South Dakota to Neal and Frieda Gerber. He served in the Navy from 1943-1948 where he became a Naval Aviator. In 1949 he graduated from South Dakota State College as a structural engineer. He resided and worked in a variety of states before landing in Corpus Christi and then San Antonio, Texas.
Loris enjoyed many friendships and very much appreciated life. He was recently honored as a Lifetime Member of the Post-Tensioning Institute, where he was recognized as "a person of eminence in the field of post-tensioning, or one who has performed extraordinary meritorious service to the Institute". He worked into his 90s, taking pride in his work and truly relishing the friends he made while doing business.
Funeral services will be held Friday, May 22, at Porter Loring Mortuary (North) 2102 North Loop 1604 East 78232. Visitation is at 5:30 with the service at 6:30. Rev. Robert Woody of the Episcopal Church of Reconciliation will officiate.
Cremation will occur after services. As per his request, Loris and Grace will have a combined interment in his hometown of Worthing, SD.
Donations may be made to the Lupus Foundation of America Lone Star Chapter: http://www.lupus.org/lonestar

Published by San Antonio Express-News on May 21, 2015.
To plant trees in memory, please visit the Sympathy Store.
MEMORIAL EVENTS
To offer your sympathy during this difficult time, you can now have memorial trees planted in a National Forest in memory of your loved one.
Funeral services provided by:
Porter Loring Mortuary McCullough
MAKE A DONATION
MEMORIES & CONDOLENCES
4 Entries
To all of Mr Gerber's family, please accept my sincere condolences, I didn't know about Mr Gerber's passing. He will be missed. I was one of his caregivers.
Grace VanDyne
June 24, 2016
I have always been thankful these forty-five plus years to have had Loris as my Mentor and friend. I respected his ethics as an engineer and person, and came away from any conversation we had with a smile. It was a privilege to have known Loris, and he will always remain in my memories.
Ric Henderson
May 23, 2015
Karl, I am very sorry to read about the loss of your Father. May his memories give you, your family and friends peace and comfort during this time.
Tom Barnes
May 22, 2015
To the Gerber Family,
May God keep you strong through the Love & Memories
you shared. He'll be in my thoughts often. Laura Daley
Laura Daley
May 21, 2015
Showing 1 - 4 of 4 results