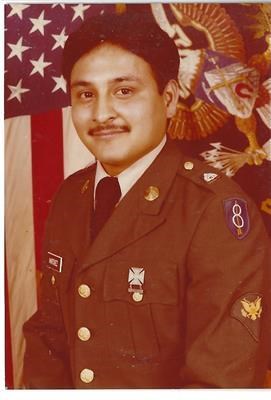 Mark Anthony Martinez was born on September 8, 1960, and went to be with the Lord on March 29, 2021. He is preceded in death by his Father Pablo, Mother Josefina, and Brother Fermin. He is survived by his son Ryan and his daughter-in-law Anina; his sisters Rachel, Mary, Rosemary, and Margaret; and brother Paul; Uncle John; numerous nieces, nephews, and cousins. Mark was a graduate of Holy Cross High School-class of 1979. After graduation, he went on to serve his country in the US Army Medical Corps. After completing his military service, Mark began his career in the medical field as an LVN, and he worked in that profession for over 25 years. Mark was a loving father, brother and a loyal friend. He brought his love and joy to family gatherings and holiday celebrations. His time here with us will be cherished in our hearts forever. May he rest in Peace.

My condolences to you and the entire family. As Brothers in the Faith, your Brother lived his life in union with Christ. His devotion to the family is a testament to what a family man should represent here on earth. I’m all too familiar with your brother, a TCIL All-District baseball player, as I was on the baseball team his senior year. He and the Class of ’79 were generous towards us Freshmen.
Osvaldo Vela HC '78 - '82
Classmate
April 8, 2021
RIP my long time friend
Irene R.
Neighbor
April 8, 2021
Showing 1 - 2 of 2 results