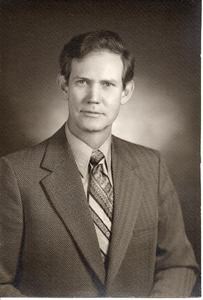 Dr. Marvin Gene Newby of San Antonio joined his Savior and his wife, the love of his life July 7, 2021, at the age of 92. He was born on July 3, 1929, in Tulia, Texas. After graduating from Tulia High School in 1946, he left to attend Baylor University and School of Medicine, returning home in the summers to work at the grain elevator. He met his wife Deette while she was at Baylor School of Nursing and they were married on June 12, 1953 and would remain at her side for 65 years until her death in 2018. Marvin joined the Air Force as an Orthopedic Resident in 1953 and served his country until his honorable discharge in 1966. He practiced orthopedics in San Antonio until 1996, serving as Chief of Staff at St. Luke's Hospital and Chief of Orthopedics at Methodist Hospital. Marvin had numerous hobbies over the years including darkroom photography, auto mechanics, gardening, raising animals, camping, and backpacking, knife making, reloading, hunting and target shooting. He and Deette traveled extensively on all seven continents as well as road trips throughout the southwest. Marvin used his skills as an orthopedic surgeon to serve with medical missionaries in both Mexico and Uganda. In his retirement, Marvin taught Bible study at the Bexar County jail and served on the board of Grace House (a faith-based transition home for women following incarceration). Marvin enjoyed being outside and active but if he were to sit down his Bible would be in his hands. He loved Jesus with his whole soul and wanted everyone else to know Him as well. His spiritual heritage greatly impacted his children, grandchildren and all who knew him. He was preceded in death by his wife Deette and is survived by son Bill Newby and wife Vicki; daughters Beth Laughlin and husband Steve, Merrie Joyner and husband Terry, Melinda Veltri and husband Steve; and son David and wife Yolanda. He is also survived by six grandchildren, four great-grandchildren, sister Mary Beth Jenkins of Lubbock and niece Joan Jenkins.

The family will have a private memorial service at a later date.

To plant trees in memory, please visit our Sympathy Store.
Published by Express-News on Jul. 18, 2021.
MEMORIAL EVENTS
No memorial events are currently scheduled.
To offer your sympathy during this difficult time, you can now have memorial trees planted in a National Forest in memory of your loved one.
MAKE A DONATION
MEMORIES & CONDOLENCES
6 Entries
Prayers and utmost deep condolences to Dr Newby's family on his demise. I was a patient of his in '87 & '89. He was a very knowledgeable orthopedic, I was very pleased with my outcome. Life well lived, Rest in peace, Dr Newby! Sadly, Mrs "GG" Bigrigg, A patient
Mrs "GG" Bigrigg
Other
July 23, 2021
My deepest sympathy to you all. I had the privilege of being his patient before we became neighbors. You will be in my prayers.
Sharon Bonnette
July 23, 2021
We are sadden to hear of your father's passing. We met him Oct 1977 when my husband Raul was in a car accident where he sustained injuries to both legs. He continued to care for him for many years . He gave us so much comfort during those years . He was a good person and we were lucky to have known him
Raul and Marta Medina Jr.
July 19, 2021
It is with utmost sadness that I´ve learned of your father´s passing. I worked for him when I was employed at Orthopedic Associates and I found him to be a kind, gentle and patient man. He was a big man with an even bigger heart. He was a skilled physician who was known for his caring bedside manner and his patients held him in great respect. He made a difference in so very many lives. My sympathy to you all and your families.
Barbara D´Spain
Work
July 18, 2021
My deepest condolences to the family. I am deeply sorry for your loss. I worked for Dr. Newby for 25 years. It was an honor and a pleasure to work for him. I have greatly missed him. He was a great orthopedic surgeon.
Cecilia Gomez
Work
July 18, 2021
Bill and Beth, I am sorry to read about your Dad's passing. I remember him as being a Sunday School Teacher even though he had a busy schedule as an orthopaedic surgeon. I would sure like to catch up with you. My condolences to you and your family. God bless. David Leyva
David Leyva
Friend
July 18, 2021
Showing 1 - 6 of 6 results