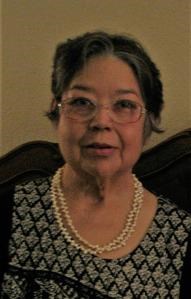 Mary Bernadette Hayes, a remarkable woman with an extraordinary mind for details and a lifelong passion for reading and learning, passed away from complications of diabetes on Friday, October 1. Her family will remember her as a loving, generous and kind soul.

She was born to Alice and Patrick Hayes on April 27, 1959 in New Rochelle, New York. Bernadette earned her Bachelor's degree from St. Mary's University in Communication Arts with a minor in English and worked on a Master's at University of the Incarnate Word. She attended St. Ann's Catholic School and graduated from Providence High School.

Higher education gave her experience in television production, radio news writing and photography. She worked in the mail room at St. Mary's University and held an internship at CTSA-TV Channel 22, working as a floor manager, in the control room and in marketing research. She also worked for Harcourt Brace Jovanovich in the testing department. She was a member of the English Guild and the St. Mary's Alumni Association.

Her family recognized that even as a child she had a brilliant gift for committing vast amounts of knowledge on particular subjects to memory. "She had a great interest in current events, books and film," said her aunt, Gloria Frazer Valdespino. Every Friday she could be found at Barnes & Noble and during the week at Landa Library or downtown at the Central Library.

Bernadette, always "Bernie" to her family, was raised in an intellectual environment. Her mother earned a Master's from the University of Texas at Austin where she was also a doctoral candidate, spoke Spanish, English and Portuguese; and was a flight attendant in the early days of Pan American airlines. She met her husband Patrick, of Dublin, Ireland through her travels. Bernadette was proud of her Irish and Scottish ancestry and fascinated by British culture, especially the royal family and the Beatles.

A devout Catholic, Bernadette had a profound faith that sustained her. Always concerned that her life had purpose and that she was contributing to society; she was an active member of St. Ann's parish, an auxiliary member of the Legion of Mary, and was extremely dedicated to helping the poor and the orphaned.

Bernadette's social world was attending gatherings held by her cousins the Frazers, Valdespinos and Canestaros. There were many cousins and so there were lots of happy occasions celebrated with wonderful home cooked meals, music and laughter.

She is survived by her Aunt Gloria Frazer Valdespino and legions of cousins, among them Vincent Valdespino, who, with his wife Lupe Valdespino, lovingly brought Bernadette into their home and cared for her in her final years.

Mostly her family will remember her as "an angel on earth." She was one of those rare adults who still saw the world through the eyes of a child, with no hang-ups and a sense of wonder.