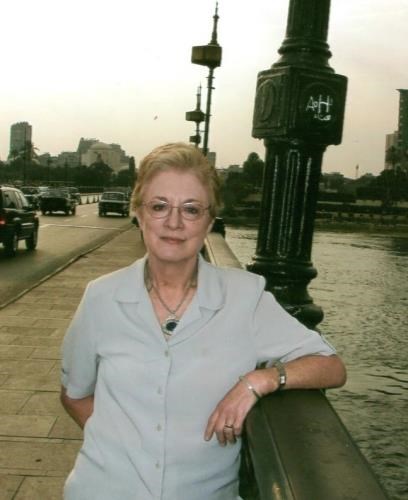 Friends and family deeply mourn the passing of Mary Louise Kunkle Powell, who died Monday, January 25, 2021, surrounded by loving family members. Born and raised in Ashland, Kentucky at the end of WW II, Mary grew up as the fourth of six children in this small, wealthy, industrial town on the Ohio River. Several years of piano lessons helped Mary to cultivate her passion for music, piano, and singing, especially in her home church choir, and later in her church choir at St. David's here in San Antonio. During college years, she was afforded the opportunity to tour briefly with the Robert Shaw Chorale.After high school, Mary received a full scholarship to King's Daughters Hospital School of Nursing in Ashland where she earned her RN degree. She was then employed as an RN in Ashland for several years before joining the United States Air Force as a Second Lieutenant. She served first in Florida, where she was, through the support of the US Air Force, given an opportunity to upgrade her education, thereafter completing her BA in Nursing, while also carrying out her assigned air force duties. Her next assignment brought her to Lackland Air Force base in San Antonio, Texas where she cared for casualties of the Vietnam War, and was promoted to Captain. After her honorable discharge, in 1972, Captain Kunkle remained in San Antonio and married Larry Powell. Together, as she and Larry raised their son Michael, Mary started a new career, first in nursing, then as a medical manager in the then-burgeoning career of home health management. Beginning her 19-year career in home health as a visiting nurse, Mary gradually worked her way into administrative work, eventually serving her last ten years as Executive Director of the San Antonio branch of the nation-wide home health agency, "The Medical Team". During her term in the top office, she was also elected President of the Alamo Area Home Care Council (1991-93). On a lighter note, in her last year in the presidency, during the annual banquet, Mary was prevailed upon to provide the background music as piano player after other arrangements had failed, thus providing a suitable alternative role-model as "piano-playing nurse" as successor to "the singing nun". In 1991, she was elected to the International Honor Society of Nursing, and in 2003, she was recognized in "Who's Who in Health Care".Despite her serious devotion to her chosen profession, Mary could be a spirit "of infinite jest ". She once told an interviewer, who had asked her what she expected to be doing in ten years (after retirement), that she "expected to be taking tango lessons in Buenos Aires", a quip that took her husband by surprise. The sense of humor helped her cultivate the rapport among her professional staff that lasted steadily into her 20-year retirement.Mary is survived by her husband Larry, son Michael Powell, niece Claire Hall, sister-in-law Lynn Rodriguez, brother-in-law Albert Rodriguez, all of San Antonio, sister, Barbara Edwards Kunkle, of Bowling Green, Ohio, and brother Warren Kunkle, of Wichita, Kansas, as well as numerous nieces and nephews. She is preceded in death by her parents Maurice L. and Irene Pelphrey Kunkle of Ashland, Kentucky, brothers Colonel James H. Kunkle, of Bonita Springs Florida, Maurice E. Kunkle of Huntsville, Alabama, and Melvin G. Kunkle of Santa Ana, California. Her family will greatly miss the talent, creativity, leadership, love, and support that she so generously offered during her lifetime.The Funeral Service will be held on Tuesday, February 2nd at 10:00 am at St. David's Episcopal Church; 1300 Wiltshire; San Antonio, TX 78209 with entombment to follow at Sunset Memorial Park. The family requests that, in lieu of flowers, donations be made to the Alzheimer's Association.