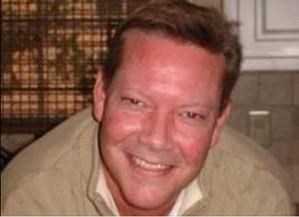 Michael J. Skillman passed away on Tuesday, September 21, 2021 at his home in Mt. Juliet, Tennessee.

He was born in Austin, Texas and was a fifth generation Texan. He graduated from Tom Clark High School in San Antonio, Texas. While attending San Antonio Community College and working part time for a travel agency he was offered the opportunity to work full time in the travel industry. Michael traveled the United States as well as many other countries. His love for travel was evident by the many places he lived. However, upon arriving in Tennessee, more specifically Mt. Juliet, he knew this community was for him. The last nineteen years Michael served as a Customer Service Agent for Southwest Airlines.

Michael was preceded in death by his father Donald J. Skillman and his grandparents Hugh Littleton Conn and Nora Neal Conn.

We will miss Michael's laughter, kindness, and fabulous sense of humor. We are proud of the courage Michael displayed following cancer surgery as well as the battles he fought these last few years.

Published by Express-News on Nov. 21, 2021.
To plant trees in memory, please visit the Sympathy Store.
MEMORIAL EVENTS
To offer your sympathy during this difficult time, you can now have memorial trees planted in a National Forest in memory of your loved one.
Funeral services provided by:
Porter Loring Mortuary McCullough
MAKE A DONATION
Please consider a donation as requested by the family.
MEMORIES & CONDOLENCES
Sponsored by Porter Loring Mortuary McCullough.
0 Entries
Be the first to post a memory or condolences.