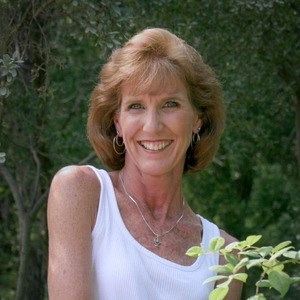 Patricia Carol (Schneider) Cade was born February 4, 1963 in El Paso, Texas, the daughter of then U.S. Army Captain William Henry Schneider and Barbara Bristol (Carver) Schneider. She graduated from Texas Christian University with a bachelor's in business and spent the last 18 years working with the Southwest Research Institute as a Principal Specialist, Contracts. Patty was an active member of the Coker United Methodist Church in San Antonio where she taught Sunday School and participated in many mission trips. She was an avid runner who participated in many races over the years to raise both awareness and money for organizations that were important to her such as The Leukemia And Lymphoma Society and the Down Syndrome Association of South Texas, where she and her husband were one of the founding families. Patty also enjoyed volunteering for the Special Olympics within the Northeast Youth Soccer Organization. She enjoyed singing, dancing, laughing and being outdoors, especially at the lake or ocean. Most importantly, Patty loved her family and enjoyed being with them every chance she could get. She will be remembered as a spunky, big-hearted and loving wife, mother, grandmother, daughter, sister and friend to all those that knew and loved her.

In lieu of flowers, memorial contributions may be made to the Down Syndrome Association of South Texas or to The Leukemia And Lymphoma Society.

To plant trees in memory, please visit our Sympathy Store.
Published by Express-News on Jun. 27, 2021.
MEMORIAL EVENTS
Jun
30
Memorial service
3:00p.m.
Coker United Methodist Church
231 E North Loop Rd, San Antonio, TX
Funeral services provided by:
Chandler Memorial Funeral Home - Chandler
MAKE A DONATION
Please consider a donation as requested by the family.
MEMORIES & CONDOLENCES
Sponsored by Chandler Memorial Funeral Home - Chandler.
2 Entries
Patty , you were an exceptional daughter, mother, wife, grandmother and friend to those lucky enough to know you. You always set a high bar for yourself in everything you did and this world will surely miss you.
Greg Oveland
July 19, 2021
Bill - so sorry for your loss. Trust that Patty is in God's presence now! We are here for you and your family. Please let us help any way we can. Love, Nadia & Kevin
Kevin & Nadia Mullins
Friend
June 27, 2021
Showing 1 - 2 of 2 results