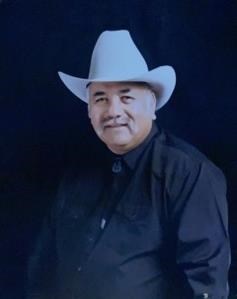 Rafael T. Garza passed peacefully on September 11, 2021 at 84 years old with his wife and family at his side. Born in Cotulla, TX on October 24, 1936 to the late Alejandro and Maria Garza.

He was a member of St. Lawrence Catholic Church and a hard-working truck driver from the age of 13 until his retirement at age 69. On the road or at home he always cheered on the Dallas Cowboys.

Rafael is survived by his wife Vickey and their eight children:

Rafael was preceded in death by siblings Aurora, Valenta,

Published by Express-News on Sep. 19, 2021.
To plant trees in memory, please visit the Sympathy Store.
MEMORIAL EVENTS
Sep
20
Rosary
7:00p.m.
Palm Heights Mortuary
3711 S Zarzamora St, San, TX
Sep
21
Funeral Mass
10:00a.m.
St Lawrence Catholic Church
236 E Petaluma Blvd, San, TX
Funeral services provided by:
Palm Heights Mortuary
MAKE A DONATION
MEMORIES & CONDOLENCES
Sponsored by Palm Heights Mortuary.
3 Entries
Our deepest sympathy to the Garza Family. Praying that God's love helps you find strength and comfort through this difficult time.
Yolanda & Rita Fernández
September 20, 2021
MR. RAFAEL T. GARZA WAS A GOOD FRIEND OF OUR FAMILY TO ENJOY SPENDING TIME WITH ON FAMILY OCCASSIONS, TELLING JOKES, GIVING GREAT ADVICE TO PEOPLE TO FURTHER YOUR EDUCATION AND NEVER STOP LEARNING NO MATTER WHAT . WE ENJOYED OUR CHURCH VACATIONS WITH HIM TALKING ABOUT GREAT MEMORIES AND LIFE. WE LOVED HIM DEARLY AND WE WILL MISS HIM . BUT HIS MEMORIES WILL ALWAYS STILL IN OUR HEARTS. SINCERELY, ALICIA CHANTACA U.S.NAVY VETERAN
ALICIA CHANTACA
September 18, 2021
Our most sincere condolences go out to the Garza family. Our families have been joined at the hip for a lifetime thanks to the path that our parents blazed for us in our faith. Your loss is our loss. I know our God has Mr. Garza in his hands and our blessed mother is praying for your comfort.
Robert and Miroslava Moreno
September 16, 2021
Showing 1 - 3 of 3 results