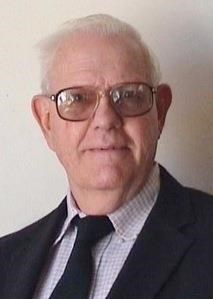 Bro. Raymond Bernard Gohring, S.M. died in the service of the Blessed Virgin on April 21, 2021 at the age of 89 and with 68 years of vowed life. He was born in Cleveland, OH on March 14, 1933, the son of Stephen and Anna Mary (Gorg) Gohring.He met the Marianist at Cathedral Latin School in Cleveland and made his first vows on September 5, 1952 at Marcy, NY. His final vows were made in the chapel of the University of Dayton on August 15, 1955. He received his BA in education from the University of Dayton in 1955. He did post-graduate studies at Hofstra University in Hempstead, NY and the Catholic University of Puerto Rico in Ponce, PR. He was a science and biology teacher his entire life. He began teaching at Hamilton Catholic in Hamilton, OH and then to Chaminade High School in Mineola, NY and then to Colegio Ponceno in Ponce, PR. He began his ministry as a missionary as he went to the Matero Boys Secondary School in Lusaka, Zambia, Africa. He served there for 40 years. He was a highly regarded biology and chemistry teacherand was a coach in the athletic department. His teams won two national championships. He is survived by his brother, Thomas (Sue) Gohring of Pepper Pike, OH; his sister, Mary Ann Hain of Bloomfield, CO; his brother, Ralph (Lana) Gohring of Austin, TX and numerous nieces and

CONTRIBUTIONS In lieu of flowers, donations may be sent to the Marianist Mission, Mt. St. John, 4435 East Patterson Road, Dayton, Ohio 45430-1033. Condolences may be sent to www.theangelusfuneralhome.com