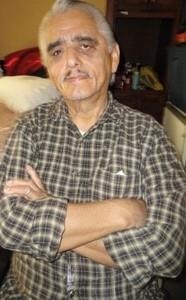 Richard Ramos Garza was born on 7/7/41 he passed away due to a battle with cancer on 12/31/2021 just like he dealt with all experiences in life Richard managed his illness with strength and grace he wanted to spend as much time with his loved ones as possible on his final day he was surrounded by his wife and children who he adored more then anything else in the world one of Richards biggest accomplishments was being a father he had always wanted children and considered himself lucky enough to have eleven children and many grandchildren who he raised as his own his children called him a super hero and even as adults still see him that way he was always there for them through their ups and downs and taught them to enjoy every moment life has to offer Richard met Henrietta Perez on Nov 16,1955 and married on March 26,1959 Richard attended Blackhawk college and received his degree in horticultural he enjoyed spending time with his children and grandchildren he loved the outdoors fishing playing his guitar and accordion teaching the grandchildren how to play Richard was a machinist Brick layer and self contractor he worked from the age of 14 till 79 years old he enjoyed retirement for six months he retired from K&P Garza cleaning Richard was preceded in death by his parents Pauline Ramos & Albino Garza he was survived by his wife of 62 years Henrietta Garza and children Jesse (Kim) ,Ruben , Bernadette, Julian (latanya), Robert , Petronila , Christopher (Trinidad) , Henrietta (Artemio), Randy (Jovita ) , Rachel (osvaldo) , Bertha (celestino) as well as many grandchildren, great grandchildren, and great great grandchildren

Published by Express-News on Jan. 11, 2022.
To plant trees in memory, please visit the Sympathy Store.
MEMORIAL EVENTS
To offer your sympathy during this difficult time, you can now have memorial trees planted in a National Forest in memory of your loved one.
MAKE A DONATION
MEMORIES & CONDOLENCES
9 Entries
i love you and miss you so much Dad !!! there's not a day that goes by and i don't think of you
Pauline Garza
Family
January 19, 2022
Dad i am so grateful to have made so many memories with you from when i first came to the family i was only 15 years old a little kid still and you welcomed me to the Family you were like a father to me you had the patience to talk to me and teach me things i had no clue about. You were humble ,loving and patient and showed all your family how to love one another and be there for each other your legacy will live on forever You are Greatly Missed and Will never be forgotten Rest in Paradise Pops Until we meet again Love You Dad!
Wally
Family
January 15, 2022
Daddy...I will always treasure all the memories and things you have taught me. I never learned how to live life without you, it´s going to be so hard to not have you here anymore. I love you, my daddy. I will see you again someday but in the meantime...watch over us
Rachel Garza
Family
January 14, 2022
Love you pop you'll never be forgotten I remember you took me fishing and I remember a time by south main you showed me you tap and die set and told me what you used them for, I remember your voice and always in a good mood, I wish I had more memories with you. Your Garza legacy will live on forever, till we see each other again pop may you rest in peace.
Benny
January 14, 2022
You always made everyone feel loved and you always protected and took care of your family. I´ll always cherish the memories and all the love you gave. I Love you dad
Santino Chavez
January 11, 2022
I´m going to miss you so much dad. I´m so glad you were my grandfather and I know someday we´ll meet again. In the meantime, please watch over us. I love you and will always miss you!
Alvin
January 11, 2022
Dad you always knew the write words to say when a problem came up. Wisdom you shared in problem solving. Always giving of yourself even when u didn't have to give.you will be missed by the legacy you left behind. Everytime I work I will always think of your craftsmanship measure twice cut once ,we will keep your GARZA NAME alive and will forever be in our hearts. Love you my DAD,rest now till we see you again..
Randy Garza
Family
January 11, 2022
Will miss you daddy luv you always .see you later pops
Robert Garza
Family
January 11, 2022
I always remember how hard of a worker he was. When pop played his guitar nd sang in spanish to us. He was nd will always b our 1 nd only. POPS. I love you pops always in my heart nd prayers.
Toto
Family
January 11, 2022
Showing 1 - 9 of 9 results