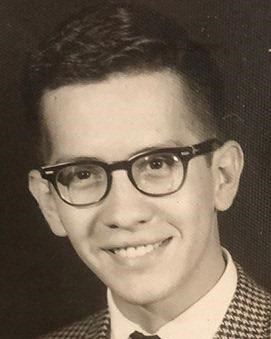 His love of family, devotion to students, exploration of ideas, appetite for reading, especially history and great literature, his connection to life-long friends and the creation of the soon to be, million-dollar Robert O. Sosa Scholarship Fund at the University of the Incarnate Word define his legacy.

He traveled far and wide, making perhaps a hundred trips to Mexico throughout his life. Other favorites were Germany, France, Italy, the Czech Republic, El Salvador and Panama. Robert was especially proud of his independence; a life-long bachelor, he was never alone, as his social, business and community service calendars were always brimming.

Robert attended Sacred Heart and David Crocket elementary schools from 1st to 5th grades and Sidney Lanier middle and high school from 1956 to 1960. After college graduation, he taught English at Pat Neff and John Marshall High Schools. He taught day and evening division as an adjunct professor in English and Sociology at San Antonio College, St. Phillips College, Northeast Lakeview and St. Mary's University from 1965 to 2016.

Sosa served as an Oblate of the Oblates of Saint Benedict's and at the Benedictine Monastery in Boerne.
He was a member of the Holy Redeemer Catholic Church and served as a Eucharistic Minister at the Metropolitan Methodist Hospital as a volunteer, administering Holy Communion to patients on weekends.

Perhaps his greatest love was his time at the University of the Incarnate Word as Director of Foundation, Corporate and Government Foundations, where he helped raise $80 million in his 22-year career from 1992 until his retirement in 2014. The establishment of his Robert O. Sosa Scholarship Fund at UIW was based on his close friendship with former president Louis J. Agnese. After Agnese retired, he labored over whether or not to keep the Scholarship Fund at UIW. In the end, his devotion to UIW and the need of first-generation college students won out.

Sosa was preceded in death by his parents, Robert J. and Anna Maria Sosa and he is survived by his daughter, Sandra Ann Poncio, his sister Mary Christine Cruz, brothers Daniel Sosa and Lionel Sosa as well as over 75 nephews, grand-nephews nieces and grand-nieces.

Later that day from 6 to 10 pm, there will be a life celebration "Pachanga" at the church parish hall with live music of Robert's favorite English and Spanish music.

In lieu of Flowers, the family asks that a donation be made to The Holy Redeemer Catholic Church Capitol Campaign. 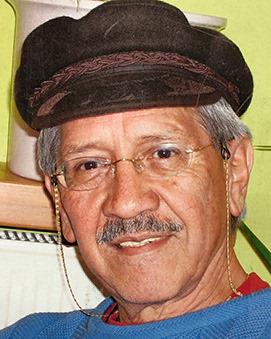 Published by San Antonio Express-News on Jan. 30, 2018.
To plant trees in memory, please visit the Sympathy Store.
MEMORIAL EVENTS
Feb
2
Rosary
10:00a.m.
Holy Redeemer Catholic Church
1819 Nevada Street, San Antonio, TX
Feb
2
Funeral Mass
10:30a.m.
Holy Redeemer Catholic Church
1819 Nevada Street, San Antonio, TX
Feb
2
Celebration of Life
6:00p.m. - 10:00p.m.
Holy Redeemer Catholic Church
1819 Nevada Street, San Antonio, TX
MAKE A DONATION
MEMORIES & CONDOLENCES
21 Entries
I was an 8th grade student of Mr. Sosa's back in 1966-67. He was an amazing teacher. I can still remember 4 hour play practices on Sunday afternoons in the Neff cafetorium, as we rehearsed "On the Road from Camden to Trenton".
Max Raymond
October 2, 2018
Mother's Day brings precious memories not only my mother who passed many years ago but of others. Robert's name came to mind so I decided to send him a FB message. Just found out that he had passed. I had the honor of serving on the Dean's Advisory Board of Incarnate Word where we became friends. When I returned to Phoenix we stayed in touch. After learning that I had cancer, he called me frequently and would talk to me for long periods of time. His friendship and prayers helped me through this critical time. Robert was an honorable man who knew how to be a good friend. Lionel please accept my condolences for you and your family.
Clara Engel
May 13, 2018
I was a student in Mr. Sosa's eighth grade English class at Pat Neff Junior High over 50 years ago. He was also the amazing sponsor of our school newspaper. He was one of the most inspiring and caring and fun teachers I ever had and planted many seeds for my own lifelong learning and interests.
Mobi Warren
April 30, 2018
Lionel, please accept our condolences on Robert passing, I wish I had known sooner and we would have attended his services. I am so thankful that my wife and I had an opportunity to see and talked to him at the Lanier Gala dance two years ago. She and Robert were good friends as kids and had not seen him since 1950, and I had not seen him 1958. God Bless you and your family. Frank Salazar Jr.
February 4, 2018
My sincere condolences to the Sosa family. Rest in peace my friend.
Andy Vasquez
February 3, 2018
Mr. Sosa was an amazing Honors English teacher at both Pat Neff Jr. High and at John Marshall High School in NISD in San Antonio. He loved literature and ALWAYS wore fabulous ties. Incredible artist as well. Pushed his class to their limit but was kind and loving in his manner. I had the privilege of having him in Jr. High English at Pat Neff and Freshman English at Marshall. He also created many a football game "run-thru" banner and helped design the twirlers outfits. We have lost one of the BEST. Rest in Peace and say hello to my parents!
Denise Evers
February 2, 2018
I wrote in the guestbook last week but did not find it, so here it is again.

Robert and I worked together at UIW in Institutional Advancement for many years. We were colleagues, but, more important, we were close friends. After retirement, we kept in touch. Robert visited me and my husband in Florida in 2004. And last year when I came to San Antonio for Dr Lou's retirement, Robert drove me to the campus events. I will always hold him in my heart, and wish him eternal peace. I will honor his memory with a gift to the new scholarship in his name at Incarnate Word. Love you, Robert.
Laura Shaw
February 2, 2018
What an amazing teacher. I was privileged to be his student.
Lola GRAY
February 1, 2018
My prayers are with the family. He is was a good man.
Jessie Casares
February 1, 2018
I readily remember his I CAN! Club. We became members by signing our autographs in the I CAN! poster mounted in the wall. Membership was ordained by him whenever he heard a student utter the words, I can't...

He was one of my favorite teachers.
Janet Bellanger Feith
February 1, 2018
When I was a young teacher in my first year of teaching high school, Robert was my mentor at John Marshall and became a wonderful friend. Although I moved away from San Antonio 2 years later, we reconnected this past year. I feel so fortunate that I was able to catch up with him, even though I had no idea that this would be for such a short time. There will always be a very warm spot in my heart for this amazing person who made such an impression on that 22-year-old girl. I'm not sure I would have made it through my first two years as a high school English teacher without his guidance. Also, I am certain that the many students who were in his classes knew how fortunate they were. Robert was truly one of the most amazing people I have ever known, and I will always be grateful that he was a part of my life.
Donna Schubaack
January 31, 2018
Even as I am in my 60s, I still call him Mr. Sosa. He will always have my utmost respect. Mr. Sosa left an indelible mark on all those who had the privilege to know him. I had him for 7th and 8th grade English at Pat Neff Jr. High and then as a freshman at John Marshall High School. I remember that his idea of studying poetry was to examine the Sound of Silence by Simon & Garfunkel. My kind of guy! He was also an excellent artist, as his chalkboard drawings would testify. He was an excellent teacher and a wonderful human being. I will miss him immensely.
Cherie Zalstein (nee Crager)
January 31, 2018
Robert was a very great friend I was very Bless to have met him Thur his mom. I know God received him in his kingdom Rip from Olivero & Becky & Yvonne Perez
Rebecca Perez
January 30, 2018
Robert was a great friend. He visited me in the hospital when I a had a heart transplant and he prayed for me. He will be missed by me and many others whose lives he has touched.
Rest in peace.

Stephen Avery
San Antonio
Stephen Avery
January 30, 2018
I am deeply saddened at the loss of Robert. He was a very good artist, and I enjoyed many outings painting with him and friends. May he rest in peace. Suzanne O'Neal
Suzanne ONeal
January 30, 2018
Robert was my good friend and sometimes traveling buddy. When out with Robert, it was very common for him to run into a friend from elementary school, Lanier, teaching, UIW, Tomatillos, Holy Redeemer, the art supply store, the dentist, the car wash, etc., etc. Once you met him, he was your friend forever. I am proud to be included in his group of friends and to know that he loved us as much as we loved him.
Faye Gonzalez
January 30, 2018
Robert was one of the all-time greats: a kind, generous man who loved people and lived his life to the fullest. I'm fortunate to have worked with Robert for over 20 years at UIW, and maintaining our friendship after he retired. Thank you, Robert, for all you've done for me and so many others. You'll be greatly missed.
Jon Gillespie
January 30, 2018 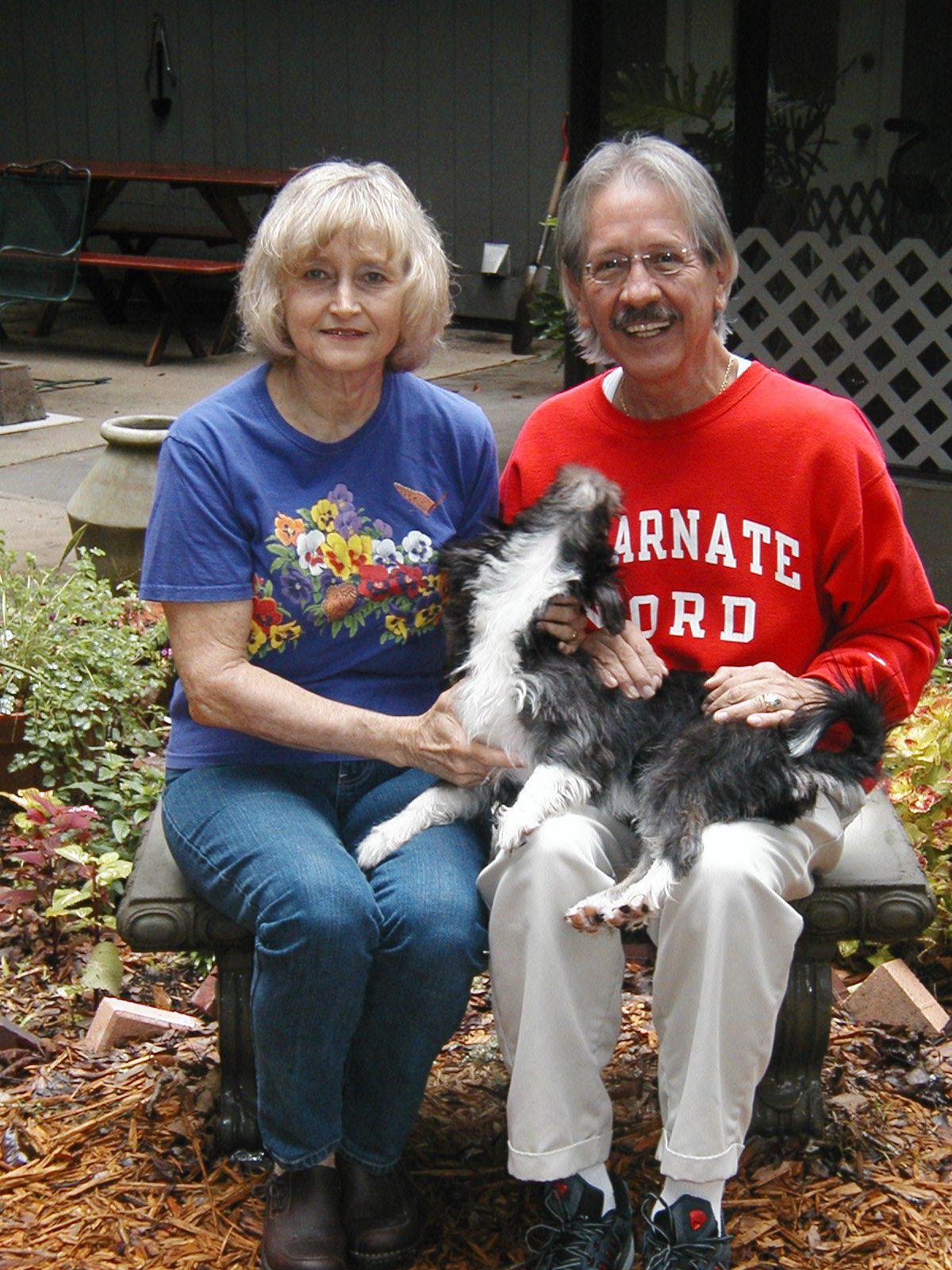 Laura and Jack Shaw
January 30, 2018
May you Rest in peace! God bless your loved ones.
Elaine Ramirez-Castro
January 30, 2018
I had Mr. Sosa for English in the 8th grade at Neff then the very next year as a freshman at Marshall. He instilled a love of literature and an appreciation for the arts in his students. He left his mark on those who would listen.
Dennis Smith
January 30, 2018
Robert was an example of goodness. He shared his friendship so freely. Everyone felt that they were his best friend! I will miss him, but I will always celebrate that I knew him.
Dianne O. McAlister
January 30, 2018
Showing 1 - 21 of 21 results