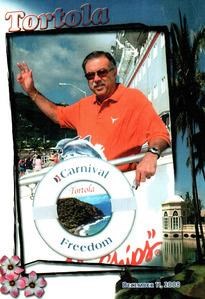 After Rodolfo graduated high school in 1961, he spent 8 years in the United States Air Force. From there he went on to work at the U.S. Postal Service for approximately 30 years. He started as a Clerk, then moved on to Letter Carrier, and eventually became promoted to Supervisor. During his time as a Letter Carrier, he was an active member of the National Association of Letter Carriers. His last line of work was as a Bill Collector for Farm Bureau Bank.

Throughout Rodolfo's life some of his favorite hobbies included playing golf, maintaining his yard and visiting Las Vegas where he liked to play the slot machines. He also enjoyed sitting in his favorite recliner watching golf and football.

A Rosary Service will be held Sunday, January 9, 2021 at 6:00 pm at Sunset North Funeral Home, followed by a Mass the following day at St. Mark the Evangelist Catholic Church at 10:30 am. Please see Rodolfo's obituary page at Sunsetnorthfuneralhome.com for more information.