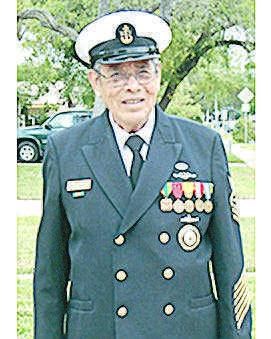 FUNERAL HOME
Colonial Funeral Home
625 Kitty Hawk Road
Universal City, TX
April 4, 1935 - Decenber 18, 2014
Chief Petty Officer TMC (SS) Romeo Oscar Collazo, U.S. Navy, Retired passed away in San Antonio on December 18, 2014 at the age of 79. He grew up in Laredo, Texas among a loving family that included 9 brothers and one sister. He began his service to our Country on May 26, 1954. His first tour at sea was to Korea on the USS Howard W. Gilmore (A-S16), then returned to Groton Connecticut to attend Submarine School. He was sent to the USS Trutta (SS-421) in Key West, Florida. He was then assigned to the USS Robert E. Lee (SSBN-601). He was on the original crew making him a Plank Holder as he also was on the next 2 submarines. The USS Von Steuben (SSBN-632) was his next home, quickly rising in rank and training. His last deployment was on the USS Mariano G. Vallejo (SSBN-658). He was Chief of the Boat which earned him the most respectable title afforded to an enlisted man (COB). He was also stationed at Pomflant Weapons Station in Charleston, SC and then returned to Texas as a Naval Recruiter. He earned the following commendations; China Service Medal, Good Conduct Medal (numerous), National Defense Service Medal (Bronze Star), Armed Forces Expeditionary Medal (Lebanon), Letter of Commendation - U.S. Navy Recruiting Center San Antonio, Meritorious Unit Commendation and finally a Gold Wreath Award for Excellence. Among his most prestigious honors are being a member of the Shellbacks and Golden Dragons. Ask a Navy Sailor. He retired from the military in August 1978 and made San Antonio his home; after his military service, he worked 20 years for USAA. He was a BAMC Retiree Activity Group Member, Knights of Columbus member, Baseball and Football Coach, and active member of various Parish organizations.

Published by San Antonio Express-News on Dec. 21, 2014.
To plant trees in memory, please visit the Sympathy Store.
MEMORIAL EVENTS
To offer your sympathy during this difficult time, you can now have memorial trees planted in a National Forest in memory of your loved one.
Funeral services provided by:
Colonial Funeral Home
MAKE A DONATION
MEMORIES & CONDOLENCES
3 Entries
May God be with you at this time. Our prayers are with you.
Dr Yarbrough/Dr Badea &staff
December 23, 2014
To the Collazo Family,

On behalf of the Charleston Base SUBVETS and Swamp Fox Chapter SUBVETS WWII, I offer you our sincere condolences on Romeo's passing. We grieve with you on the loss of your loved one and all SUBVETS and their families have your family in our thoughts and prayers. There is no expiration date on the back of our dolphins and Romeo will always be remembered as a “Brother of the Phin” and a great Patriot.

Charleston Base Submarine Veterans
Nick Nichols, Base Chaplain
Nick Nichols
December 21, 2014
My Dear Uncle Oscar...
This proud man who devoted his life to his God, his country, and family that he adored,
Lies now asleep in the arms of the Lord...
Robert Collazo Jr
December 21, 2014
Showing 1 - 3 of 3 results