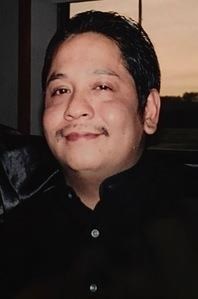 Ronny W. Fox, age 51, born in Laredo, TX, went to be with his Heavenly Father, Friday, October 1, 2021. Ronny worked his entire life in the food, custodial, and maintenance service industries, dedicating 20 years of his life to employment at the Incarnate Word Retirement Community (The Village). He was fortunate to have the companionship and love of many of the Sisters of Charity of the Incarnate Word during this period of his life which included the joyous birth but also the tragic death of his only child, Andrew Joshua Fox (2002-2005).

Ronny was a beloved son, brother, and partner. He was preceded in death by his son, Andrew; his mother and father, Patricia and Willard Fox; and his sister and brother, Tina and David Beck. He is survived by his longtime companion Yolanda Pegg; his sisters, Cynthia and Lydia Fox; his brother, Steven Fox; stepmother and step brother, Brian Bandilla and Paz Fox; and numerous nephews and nieces, Zane Fox, Zara Abbott, Matthew Fox, Misty Sawyer, Nicky Beck, Destinee Lloyd, Elijah Beck, Noah Beck, and Levi Sawyer.

A memorial service is scheduled on Saturday, October 16, at The Angelus Chapel. Online guestbook available at www.theangelusfuneralhome.com

Published by Express-News on Oct. 10, 2021.
To plant trees in memory, please visit the Sympathy Store.
MEMORIAL EVENTS
Oct
16
Memorial service
ANGELUS FUNERAL HOME
1119 N SAINT MARYS Street, San Antonio, TX
Funeral services provided by:
ANGELUS FUNERAL HOME
MAKE A DONATION
MEMORIES & CONDOLENCES
Sponsored by ANGELUS FUNERAL HOME.
3 Entries
Ronny was a stalwart employee at Incarnate Word Retirement Community where I worked as Development Director and in Resident Services from 2005 to 2012. Ronny was dependable, easy to talk with and a sweet soul.
When Andrew's death was announced, I was at the front desk . I said, "We must start a fund for Andrew". His service was held at the IW Sisters Chapel, as the Sisters held Ronny and his son in their hearts. We all keep him, and now Ronny in our minds, hearts and souls. Rest in peace, Dad and Son. Love you both. Susan Brotherman
Susan Brotherman
Friend
October 26, 2021
I sure wish I would've spent more time with Ronnie, I had the privilege of meeting him through my wife Irma at a time that he had tragically lost his son Andrew whom I had the pleasure of meeting once in 2005 where my wife worked and a caregiver for Andrew. Although I always prayed for his healing through the process of losing his son it hurts to know that what Ronnie was going through was so devastating for him. As he grieved the loss of his son he continued with his life something most strong men can not comprhend. But Ronnie continued to be a loving person and I would tell him "You know Ron, with what you are going through with the loss of your son and the way you carry yourself, you are an encourager to others and with God on your side you will conquer this devastation in your life."
I know that the reunion with your Andrew6 is a glorious one Ron, I love you both and we will meet again my brother.
Condolences to family and friends of Ronnie Fox.
Ruben Rivera
Friend
October 18, 2021
Sincere Condolences to All Familly of Ronnie Fox. My name is Irma Rivera. I met Ronny when I was he's beloved son Andrew's teacher at the Playhouse school. Just like Andrew was so special in my life, so was Ronny. A man with a big heart,sweet, great daddy whom Andrew loved and wanted to be with at the end of the day (He's Daddy). Andrew always wanted his daddy. Now they are together in Heaven with God. I will always cherish those memories in my .
Sinerely
Irma Rivera
Irma Rivera
Friend
October 12, 2021
Showing 1 - 3 of 3 results