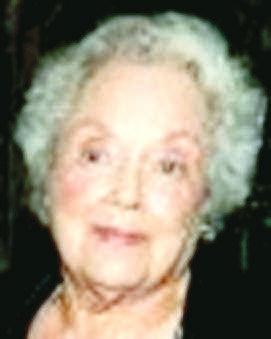 FUNERAL HOME
Schertz Funeral Home - Schertz
2217 F.M. 3009
Schertz, TX
April 8, 1930 Rose Francis Stipp Vallance was born to Wilber Oliver Stipp and Iva Johnson on April 8, 1930, in Amarillo, Texas. Her family returned to Burnet, Texas where she spent her formative years surrounded by grandparents, aunts, uncles and cousins. She attended Burnet schools. She was voted class favorite during her sophomore year at Burnet High School. In 1946 while working a summer job in the box office of the Prince Theater in San Antonio, she met her future husband. On October 12th of that same year, she married Robert L. (Bob) Vallance in Beacon Hill Presbyterian . A devout Christian, she was baptized first by her father as a child and later in life at Southside Christian Church by the Rev. T. Ervin Veale.
Working alongside her beloved husband, they opened Vallance Security, Inc. in 1954. She was a receptionist and bookkeeper for the company. She worked for HEB as a floral designer and bakery manager for a short period of time. She worked for various theater productions that came to San Antonio as a dresser, doing alterations and fittings. Her favorite being the Ice Capades. In her forties, she followed her dream of going to college to study art and history at Incarnate Word College now the University of the Incarnate Word.
She was preceded in death by her grandparents Dr. Edwin and Susie Stipp, her parents Wilber Stipp and Iva Stipp Carter, her infant sister Iva Nell and brother John P. Stipp.
She will be missed by her husband of sixty-eight years, Robert L. Vallance,Sr, her son Robert II and his wife Nadene, daughters Kathleen and husband Larry Beierle and Luanna and husband Daryl. Grandchildren Robert Vallance III(Andrea), Stacilyn Hawkins(Chris),Charles Beierle(Amy), Samuel Beierle(Aimee), Heather McDaniel (T.J.), Micah-John Beierle(Shannon), and Lauren Trammell(Eric). Great-grandchildren Gary McDaniel, Nicholas and Christopher Vallance, Clayton Hawkins, Jonathan Beierle, Colby Hawkins, Michael Beierle, Brayden Beierle, Weston Beierle, J.C. Mc Daniel, Bailey Noelle Beierle, Casen Beierle, and Zander Trammell. Her Stipp cousins and her many nephews and nieces. Her dear friends Ann Gieniec, Esther Wenske and Margie McMahan. The extended Vallance family.
A visitation will be held Monday, December 29, 2014 from 5:00 to 9:00PM at the Schertz Funeral Home Chapel. Services will be on Tuesday, December 30, 2014, 10:00AM at Triumphant Lutheran Church, with interment at Texas State Cemetery in Austin, Texas.
Special thanks to Habour Hospice. Her loving caregivers Sharon, Rose, Jane, Victoria, and Stephanie.
Donations may be made to Triumphant Lutheran Church in San Antonio, Texas or St. John Lutheran Church in Marion, Texas. For flowers, family recommends using The Orange Poppy (830)914-4438.

You are invited to sign the electronic guestbook at www.schertzfuneralhome.com
Arrangements are with:

Published by San Antonio Express-News on Dec. 28, 2014.
To plant trees in memory, please visit the Sympathy Store.
MEMORIAL EVENTS
To offer your sympathy during this difficult time, you can now have memorial trees planted in a National Forest in memory of your loved one.
Funeral services provided by:
Schertz Funeral Home - Schertz
MAKE A DONATION
MEMORIES & CONDOLENCES
8 Entries
Our thoughts and prayers are with your family.
Craig Shelton
December 30, 2014
May the love of friends and family carry you through your grief.
LUBIANSKI FAMILIES
December 30, 2014
I will always remember you as being kind, loving, generous and gracious. You will always be Aunt Francis to me.
Your niece, Iris
December 29, 2014
Condolences to the family from the University of the Incarnate Word
Richard McCracken
December 28, 2014
She was the loveliest "Rose". We loved her. Sandie & Susanne, nieces.
December 28, 2014
So sorry about Mrs. Vallance. Thinking of the family and wishing you peace and comfort. With love from the Marroquin and Thurmond families.
December 28, 2014
The University of the Incarnate Word extends condolences.
Richard McCracken
December 28, 2014
We will miss you, Grandmother.
With much love,
Rob, Andrea, Nicholas and Christopher
Rob & Andrea Vallance
December 28, 2014
Showing 1 - 8 of 8 results