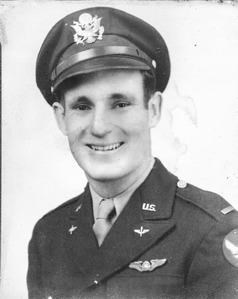 He was born on January 9, 1924 in Yoakum, Texas to Henry F. and Lila Ball. Ball was a 1941 graduate of Victoria High School where he was co-captain of the football team and named to the All-South Texas Iron Man Team.

He attended Texas A&M University, was a member of the Corps of Cadets and played the bugle in the Texas Aggie Band until the entire Junior and Senior classes were drafted into the United States Army in 1943 during World War II. Rowland flew 27 missions in the Pacific as a B-29 navigator and earned the Distinguished Flying Cross.

Rowland graduated with a Bachelor of Science in Industrial Engineering and eventually went on to found Sew-Tex, Inc an industrial sewing machine company in San Antonio, TX. He was a many time Class Agent for the Aggie Class of 1945, a member of the Lion's Club, and involved in many organizations.

Rowland loved to tell war stories. He has been featured on PBS, in many newspapers, and has documented stories in the National WWII Museum, National Museum of the Pacific, and several other archives. He also delighted in traveling and spending time with family.

Rowland was preceded in death by his parents, Henry and Lila Ball; his wife, Margaret Nan Ball; his 2nd wife, Dorothy Utesch; brothers, Henry F. Ball, Jr and Urban H. Ball; and son, John R. Ball. He is survived by his daughter, Patricia (Patrick) Windom of Boerne; his grandchildren, Amy (Joe) Etheridge of Cat Spring, and Lacy Ball of Dallas; and his great grandchildren, Piper and Windom.

A Memorial Service to honor the memory of Rowland will be held on a later date. Condolences may be offered at www.sunsetfuneralhomesa.com. In lieu of flowers, please consider a donation to the Aggie Corps of Cadets at www.corpsofcadets.org.

Published by Express-News on Sep. 19, 2021.
To plant trees in memory, please visit the Sympathy Store.
MEMORIAL EVENTS
To offer your sympathy during this difficult time, you can now have memorial trees planted in a National Forest in memory of your loved one.
Funeral services provided by:
Sunset Memorial Park & Funeral Home
MAKE A DONATION
MEMORIES & CONDOLENCES
Sponsored by Sunset Memorial Park & Funeral Home.
2 Entries 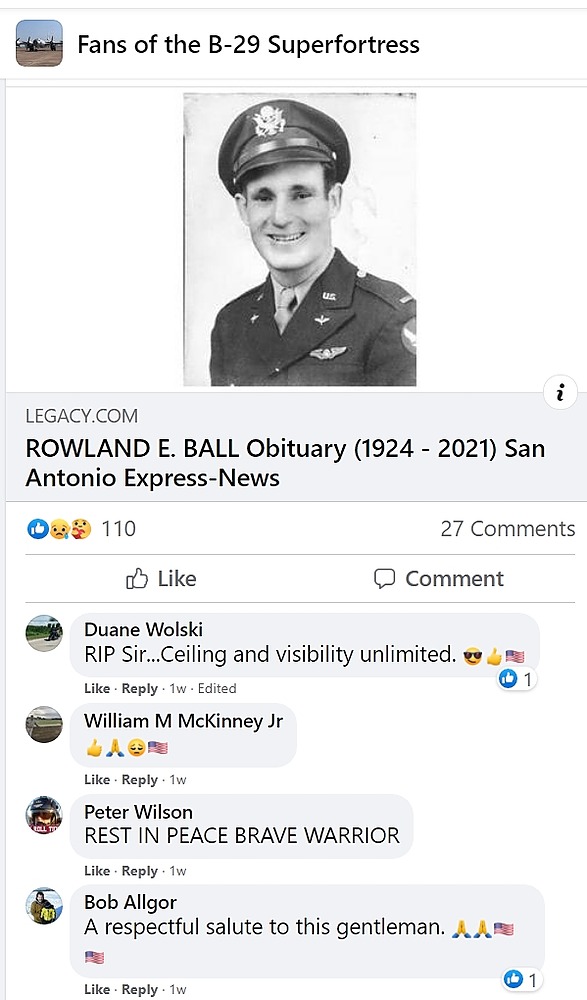 Condolences from "Fans of the B-29 Superfortress" Facebook page
Al Schutte
Other
September 30, 2021
Please accept our condolences on the death of Roland. We enjoyed getting to know him while he lived in Brenham with Dorothy. They lived life to the fullest and were an inspiration to us all. It´s a consolation knowing he is now at rest in the arms of the Lord
John and Deanna Simms
September 20, 2021
Showing 1 - 2 of 2 results