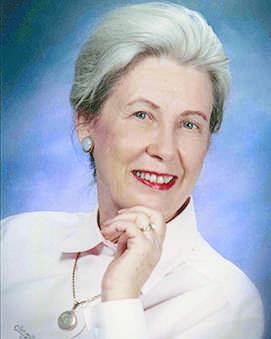 Sandy is survived by her daughter, Vanessa and son-in-law, John Lopez of Austin, TX; brother and sister-in-law, Dr. James R. and Pamela Couch of Oklahoma City, OK; sister and brother-in-law, Robin and CPT Edward Hermann (USNR Ret.) of Lakeway, TX; two grandsons, Christopher and Teddy; several nieces and nephews; and many close friends. She is preceded in death by her husband Ted; and son Theodore Russell.

As a wife of an Army officer, Sandy lived and traveled all over the world including Fort Knox, KY; West Lafayette, IN; Heidelberg Germany; Bangkok, Thailand; Washington, D.C.; and Ft. Benning, GA. Sandy's love of music and the performing arts led her to actively participate in the San Antonio Symphony League and the Opera Guild of San Antonio.

She avidly attended opera and symphony concerts, and local theater productions every year for more than 35 years.

She enjoyed attending First Presbyterian Church (FPC) and volunteering annually for more than 30 years with the church's vacation bible school. Her interest in domestic and world affairs led to her membership in the World Affairs Council of San Antonio. She belonged to and supported other organizations, including: The Harp & Shamrock Society of Texas; San Antonio Rose Society; and San Antonio Conservation Society.

Funeral services will be held on Thursday, September 8, 2016 at First Presbyterian Church, 404 North Alamo, San Antonio, Texas 78205. Visitation will held in the church sanctuary from 10:45 am to 11:45 am with funeral services to begin at Noon.

In lieu of flowers, please donate to the Presbyterian Children's Homes and Services. Arrangements are with Alamo Funeral Home.

Rick Coleman & Office
September 8, 2016
Vanessa and family, we are so sad by Sandy's passing. She was an outstanding lady and will be deeply missed. Know you and all of your family are in our thoughts and prayers. Love, Pam and Tom
September 7, 2016
JasmineSo sorry to here about your lost. My most sincere condolences. 21:3-4
Jasmine Manning
September 7, 2016
Showing 1 - 4 of 4 results