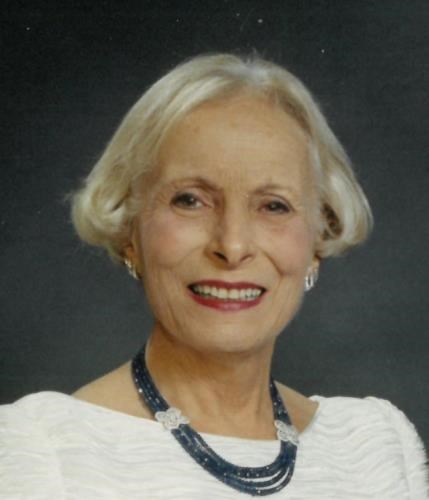 Sara McNeel Noble went to be with the Lord on Thursday, February 25, 2021 surrounded by her loving family in San Antonio. Born January 3, 1933 at the brand-new Nix Hospital in San Antonio, Texas to wonderful parents Frances and Albert Maverick McNeel. Sara's grandparents were Dr. & Mrs. Edward W. McCamish and Jesse Maverick & James Shelby McNeel. Sara was the great-granddaughter of Jane and Albert Maverick. Albert was the youngest son of Samuel A. Maverick, who was elected by the defenders of the Alamo in 1836, on the 9th day of the siege, to represent them at Washington on the Brazos, at the convention called to write and sign the Declaration of Independence of Texas from Mexico. As one of the signers of this historic document, he was a founder of the Republic of Texas. Sara's McNeel ancestors came to Texas in 1820 and were one of the "Old 300" original families in Austin's First Colony in Brazoria County. Sara was born on her father's 30th birthday, in the depths of the Depression. Her brothers are Albert, Jr. and James Edward. Sara was always consumed with deep gratitude for the wonderful life given to her by God especially "for such a happy childhood and perfect marriage to Charles H. Noble, Jr., the kindest and best man in the world." She was blessed in so many ways all her life, growing up on the Sunshine Ranch on Babcock Road inside Loop 410, with a large loving family of aunts, uncles, grandparents, great-grandparents and cousins. She was a lifelong horse lover, and grew up owning her own horse and rode her favorite horse Mike to school at Woodlawn Hills Elementary.

Sara was given the privilege of serious art classes with Pompeo Coppini, the famous sculptor, and Waldine Tausch from the time she was eleven years old until she graduated from Thomas Jefferson High School in 1950. She spent summers at Camp Arrowhead near Hunt, Texas. Her first year of college was as an art major at the University of Virginia – women's branch in Fredericksburg, VA. She then went to the University of Texas at Austin, graduating with a Bachelor of Fine Arts in January 1954. Sara was a member of the Pi Beta Phi Fraternity. As a gift from her father, she was able to spend the spring of 1954 attending the Art Students League in New York City. After returning home in April, Sara was hired by Frost Bros. Department Store as a fashion artist. In the fall of that same year, Sara was honored as a debutante by the San Antonio German Club. She met Charles for the first time when he was matched as her escort for the Opening German. Theirs was a genuine "love at first sight" relationship; they were already discussing marriage one week after their first date and married three months later. This exceptional love and devotion to each other lasted for the balance of her life. They celebrated their 66th anniversary on February 4, and began their 67th year of marriage. This supremely happy marriage produced four wonderful children, Charles III, married to Polly, Donald Pancoast, married to Liesl, Laura Leigh, and Samuel Maverick Noble, married to Sharon. They were blessed with eight grandchildren: Margaret McNeel Noe (William), Charles IV (Christina), Samuel Maverick, Jr., Marshall Ivey (Amy), Emily Louise, Virginia Augusta, Cooper Pancoast, and Walker Macdaniel Noble; and five great-grandchildren: William Gray, Jr., Palmer Henry, Scarlett Maverick, Philippa Inzer, and the late Scarlett McNeel Noe.

Sara was a lifelong artist with a powerful need to be constantly creating. She was a lover and connoisseur of all things beautiful: art, architecture, décor and fashion among them. She was a true Renaissance woman – a painter in oils and watercolors, sculptor, silver smith, hand weaver, jewelry designer and maker, needle pointer, knitter, historian, patriot, rifle and pistol expert, and even flew a Piper Cub. Sara continued her art work, always with the encouragement of her loving husband, and was given numerous one woman shows. She conceived the idea of Texas wildflowers for the Fiesta Medals of the Battle of Flowers Association and designed several of the medals, including the first medal which commemorated the 100th anniversary of the organization. She donated her work to help the San Antonio Zoo as well as San Antonio Academy, for whom she designed the insignias worn on their dress blue uniform. Sara participated in many local art shows winning numerous awards – one year receiving three awards. Her work is in the homes of many Texans and collectors such as the corporate offices of Adrian Arpel Cosmetics in New York.

Sara was a fourth generation member of the History Club of San Antonio and past president, a 40-year member of the Junior League of San Antonio and a third generation member of the Fenwick Club. She was a member of the Coppini Academy of Fine Art from its founding by Pompeo Coppini. In 1983 Sara was asked to be the Court Artist for the 1985 Order of the Alamo Fiesta Court. This was one of her favorite projects and her court of the Italian Renaissance was a highlight of her life. She was a devout Christian, reader of history, and a devoted wife, mother, grandmother, and great grandmother whose family always came first in her life.

Sara had a particular interest in the San Antonio Academy. She was awarded a silver tray for being the founder and first president of the Mother's Club (now the Parents Club), founder of the Uniform Exchange as well as the Fall Family Fair.

Special thanks to Lucy Marroquin, a valued helper for more than 30 years.

For those unable to attend, you may view the livestreaming of the service from Sara's obituary at www.porterloring.com.

Donations would be welcomed to the Coppini Academy of Fine Art, All Saints Anglican Church, San Antonio Academy, or the organization of your choice. 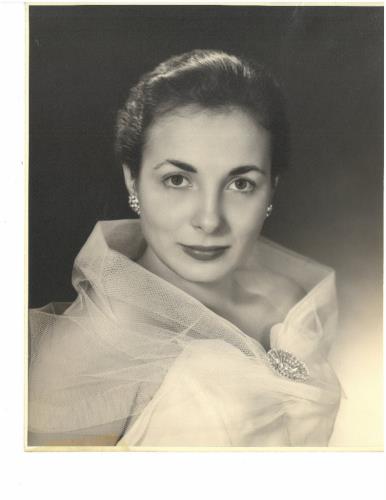