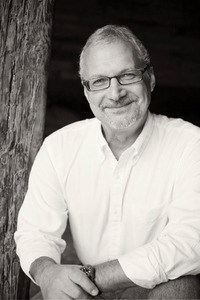 Stephen was born June 26, 1956 in Burnet, Texas to parents Anna Beth and Edgar Fain. Stephen was a kind, caring, compassionate man who loved his family, his children and his friends. Stephen's love and respect for nature was evident as he carried on the family tradition of bee keeping.

Stephen graduated from MacArthur High School in San Antonio and continued his education at UTSA, receiving his degree in Geology and MS in Hydrogeology. Stephen was recognized as a Senior Hydrogeologist and authored several technical papers.

Stephen loved the Lord and was a founding member of the Church at Bee Cave in Austin. He was a giving soul and enjoyed helping others. He was instrumental in starting Partners in Hope, a nonprofit providing physical, emotional and spiritual help to individuals in the Lake Travis area.

Stephen used his education to give back through Living Water International. He organized and helped fund a group that traveled to Honduras and built a well to provide clean water to a rural village. Stephen and his children all participated in the project and dedicated the well in memory of Cheryl, his deceased wife.

Stephen was a great guy, a sweet soul, a good friend, a jokester and a story teller. He loved to make people laugh.

He is survived by his wife Carla Simmons Fain, his mother Anna Beth Fain, his brother Richard Fain, his son Anthony, his daughter Sanora, his Grandson Ryder and Ryder's father Mario Gonzales.

For those desiring to make a donation in Stephen's memory, you may do so through Living Water International.

A graveside service will be held at Board Branch Cemetery on August 21 at 1:00 p.m. followed by a memorial celebration at the Lone Grove Community Center.

Published by Express-News on Aug. 15, 2021.
To plant trees in memory, please visit the Sympathy Store.
MEMORIAL EVENTS
Aug
21
Graveside service
1:00p.m.
Board Branch Cemetery
TX
MAKE A DONATION
MEMORIES & CONDOLENCES
3 Entries
I have been looking to reconnect with old friends over the last few months. After losing my mom, I have been going through a tough year. I looked Steve up yesterday and was deeply saddened to see that Steve died the day after my mom. I will always be grateful that one of my trips to Austin several years ago I looked Steve up for lunch and thanked him in person. I wish I had stayed more in touch with him. Life is short but some of us are lucky to have been friends and family with amazing people even if for way too brief a period of time. Steve mentored me in my early geology career. He made me better in every way. He is largely responsible for much of the success I have had in life. Steve was a brilliant geologist, an incredible mentor, a true friend, an extremely kind man, and always fun to be around. I still try to be more like Steve in my behavior towards other people. I will think of you often and miss you forever my friend.
Gregg Hadlock
October 26, 2021
I knew Steve from working at Radian, and was just stunned to hear of his passing. He was one of the nicest guys to ever know and work with. Always had a big smile and a great sense of humor. Last time I saw him we spoke of a mutual co-worker we were trying to help and Fain honey. He is gone too soon, but a beautiful soul is never forgotten. So very sorry for your loss, my deepest sympathies to his family.
Nora Mathews Craig
August 21, 2021
Richard and Family, I am so sorry for the loss of your brother. I never knew him, but it seems that he was an awesome guy. Please know that you are all in my prayers.
Karen Ward Fox
August 15, 2021
Showing 1 - 3 of 3 results