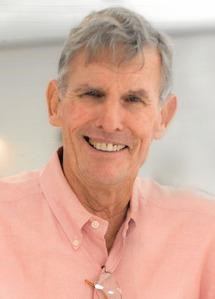 Tom was born June 11, 1938 to Edna and Maurice Melville in San Antonio. After graduating from Jefferson High School in 1954, he went on to the University of Texas in Austin where he graduated with a Bachelor's degree in 1961, in Petroleum Engineering. He joined Dow Well immediately after graduation. After several years, Tom joined the Railroad Commission where he remained for 37 years. He retired in 2012. Throughout his life and career he formed long lasting, strong relationships and made an indelible impact on everyone he worked with. He was an avid golfer, skier and an incredible story teller.

He was preceded in death by his parents, his beloved wife, Mary Frances Melville, the mother of his children; his dearest sister, Melinda Boyd; and his angelic niece, Mary Anna Boyd.

In lieu of flowers, memorial contributions may be made to St. Jude Children's Research Hospital and San Antonio Humane Society.

Published by Express-News on Nov. 28, 2021.
To plant trees in memory, please visit the Sympathy Store.
MEMORIAL EVENTS
Dec
4
Visitation
12:30p.m. - 2:00p.m.
1101 McCullough Ave, San Antonio, TX
Dec
4
Memorial service
2:00p.m.
1101 McCullough Ave, San Antonio, TX
Funeral services provided by:
Porter Loring Mortuary McCullough
MAKE A DONATION
Please consider a donation as requested by the family.
MEMORIES & CONDOLENCES
Sponsored by Porter Loring Mortuary McCullough.
2 Entries
Another of the Jefferson group gone. A sorrowful time. Jerry had many stories to tell about all the escapades growing up with that group of guys. My condolences to Mary Ellen and family. God be with you. Wanda Worthington
Wanda Worthington
Friend
December 11, 2021
Sorry to lose an old friend. Condolences to Mary Ellen and the rest of family. May the Lord give you peace.
Marvin Strunk
December 1, 2021
Showing 1 - 2 of 2 results