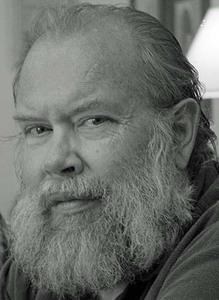 Music, church, and reading were his interests. He was a member of Northwood Presbyterian Church's choir and bell choir for 40 years. On the stage in every one of the Northwood Players 35 theatre productions, he played the lead in Fiddler on the Roof and The Man Who Came to Dinner. He was an Elder and had recently been elected to another term on the Session. He was a former Treasurer of the church.

For forty years, Tim spent part of every summer at the Kerrville Folk Festival. He camped, played guitar, and sang at worship services there for at least 35 straight years. He was a stockholder in the festival before it became a 501(c)3 and was one of many patrons that helped buy the ranch on which the festival is held. Tim was smart, talented, kind, pleasant, and helpful, but he was also different. "I can never understand people. Even being one doesn't seem to help." This line from a Sci-Fi book fit him so well that he hung a framed copy of it on his living room wall.

There is no doubt he was smart. Teachers loved him because he loved to learn, kept to himself, and never caused problems. A National Merit scholar, he majored in Physics and graduated with honors from Trinity University. During his senior year he took the Graduate Records Exam in preparation for graduate school and got a score of 1585 (800 verbal; 785 math.) Tim was perplexed by his score. "I thought I got all the math questions right."

But Tim wasn't a good fit at graduate school. He left after a year at UT Austin. He worked for the IRS as an auditor in Lufkin for a few years, but soon moved back to San Antonio. After helping his father oversee the construction of the Mark Industries campus in Selma, he worked as a computer programmer for a series of small companies. During one interview he was asked if he knew how to program in dBase. "No", he replied, "but if you hire me I'll learn it by Monday." They did, and he did. Due to his intelligence, skill, and work ethic he was always the last programmer "let go" as each company closed or contracts ended.

His family knew and loved him as stubborn, introverted, aloof, opinionated, unyielding, overly analytical, and rigid in his thinking, a real "left brain" kind of guy. But in 2010, after it became clear Tim wasn't recognizing or dealing with major health problems, a sister-in-law correctly recognized in Tim the symptoms of autism. He truly didn't understand people.

Timothy Martin Lee was born to Walter Carrel Lee and Virginia Breytspraak Lee on September 10, 1953 in Memphis, Tennessee and moved to San Antonio at the age of five. He is survived by three brothers: Rev. Dr. Walter Carrel Lee, Jr (Mary) and Thomas Needham Lee (Dr. Megan Kromer) of San Antonio, and Dr. Christopher Frank Lee (Mary Randel) of Madison, Wisconsin, and many nieces and nephews.