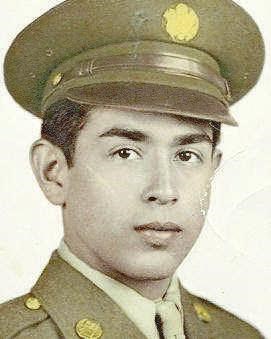 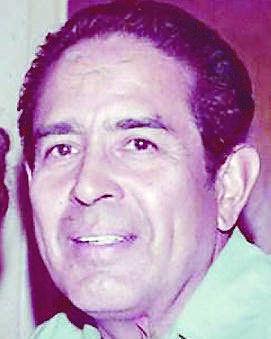 Published by San Antonio Express-News on Sep. 14, 2014.
To plant trees in memory, please visit the Sympathy Store.
MEMORIAL EVENTS
To offer your sympathy during this difficult time, you can now have memorial trees planted in a National Forest in memory of your loved one.
Funeral services provided by:
Mission Park Funeral Chapels Cherry Ridge
MAKE A DONATION
MEMORIES & CONDOLENCES
12 Entries
Prayers and condolences to
"TITO" Calderon's Family for your loss.
May the promise in God's Word
be your hope today, your peace tomorrow, and your
comfort always. May you
Rest In Peace, Tito!

Ms Lupe G. Bigrigg
KAFB '73-2000
Ms "GG" Bigrigg
September 18, 2014
Dear Eleanor and the Calderon Family. We are sorry for your loss. Our prayers and thoughts are with you and your family during this time. The memories of your Father will get you through these difficult times. The best things to think about is how he laughed, told silly sorries, and how much he loved you all!!!
With our deepest sympathies the Bellone Family (Nancy, John, & Megan)
Bellone
September 16, 2014
Our sincere condolences for your loss. I didn't know your dad, but he served our country, and for that I am so grateful for his sacrifice to our country, and thanful that he protected mine. Our prayers are with you and your family at this time. God bless, the Watts Family.
Watts Family
September 16, 2014
My condolences to Tito and the entire Calderon Family.
"Moose" Hernandez
September 16, 2014
Tito...
Our deepest condolences on the passing of your dad. May he rest in peace and perpetual light shine upon him...you and your entire family are in our prayers..

Gary & Martha
Gary Hernandez
September 15, 2014
My deepest condolences to the entire Calderon Family. You are in my thoughts and Prayers...
Guero Guevara
September 15, 2014
tito our sincere regards macias family
September 15, 2014
Dear Eleanor and the entire Calderon Family. So sorry for your loss. Our prayers and thoughts are with you. Your memories of your Father will get you through these difficult times and know that he is your angel by your side.
With our deepest sympathy, Elsa, Edmund, Linda, and Ernest Aguirre
Elsa Aguirre-Villalpando
September 15, 2014
Lydia, My deepest condolences to you & your family on the passing of your Dad. He is blessed to hsve such a loving & dedicated family. He is with God now & in peace. ~Jo Elizalde
Jo Elizalde
September 15, 2014
Dear Elidia & Eleanor, my sincere condolences on the loss of your dad. You will miss him every day of your life but as each day passes, by God's grace, it will become easier. God bless you, your mom and all of your family.
Patsy Meneses
September 14, 2014
God Bless Mr. Tito Calderon and his entire family. An exceptonal person and quite a special character.
Jerry Martinez
September 14, 2014
Tito, Cindy and family, please accept our sincerest condolences on the loss of your dad; God knows I have been there and it's tough. God give you His peace. God bless you.
Daviel & Sandra Espinoza
September 14, 2014
Showing 1 - 12 of 12 results