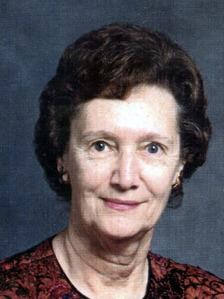 Virginia Leilani Davis passed away suddenly of natural causes at her home in Kendall County near Boerne on November 14, 2021, one week before her birthday. Although her physical and mental health had been declining in the past several years, her death came as a shock to all who knew and loved her.

She was born to Lawrence Maxwell and Isabelle Anne Parker on November 21, 1928 in Honolulu, Territory of Hawaii while her father had been stationed there during his time in the Navy. Her middle name is a testament to the fact that she was born in Hawaii. This middle name has passed down to her daughter, Linda, and her grand-daughter Amanda. After her father's retirement the family lived in Raleigh, North Carolina and later moved to Austin, where she graduated from Austin High School in 1946. From there she attended The University of Texas at Austin, majoring in Business Administration. Here she was introduced to her future husband, Ed.

Ed and Virginia were married on September 26, 1948 in Austin. Later they moved to San Antonio. Virginia took care of the house and their growing family, which eventually included three sons and two daughters. After the children got older she found time to participate in activities outside the home, such as volunteering at the Baptist Hospital, substitute teaching, and Eastern Star. She also sang in the choir and taught Sunday School at Parkhills Baptist Church.

Later she and Ed found time to travel around the United States and the world with family and friends. Due to her outgoing personality, she and Ed made friends in numerous places where they had traveled and kept in touch with them for many years thereafter.

Virginia is pre-deceased by her parents; her two brothers Lawrence Maxwell Parker Jr., and Gene Owen Parker; and her sister Florence Isabelle Crone. She is survived by her husband Thomas Edgar "Ed" Davis, and her five children;

A visitation will be held at Sunset Funeral Home from

expressions of sympathy may be shared at www.

sunsetfuneralhomesa.com for the Davis family.

Published by Express-News on Nov. 23, 2021.
To plant trees in memory, please visit the Sympathy Store.
MEMORIAL EVENTS
Nov
23
Funeral service
1:15p.m.
Sunset Memorial Park & Funeral Home
1701 Austin Highway, San Antonio, TX
Nov
23
Committal
2:30p.m.
Sunset Memorial Park
1701 Austin Highway, San Antonio, TX
Funeral services provided by:
Sunset Memorial Park & Funeral Home
MAKE A DONATION
MEMORIES & CONDOLENCES
Sponsored by Sunset Memorial Park & Funeral Home.
3 Entries
Virginia Davis was the most loving and caring woman I have ever known. My husband Mel worked for Davis Constructors for about 5 years. Then Davis Camosy for 2 years.
Doris J Dunavant
November 28, 2021
My mom, Billy Struwe, got to know Virginia when they both volunteered at downtown Baptist Hospital. They were friends for years. Sending condolences to the Davis family.
Peggy Struwe Williams
November 23, 2021
Paul and family, I am so sorry for your loss. May God comfort you all in your time of grief.
Susan Hester
November 23, 2021
Showing 1 - 3 of 3 results